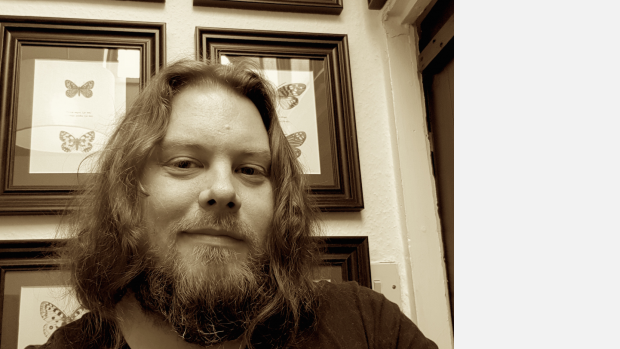 Dave Dexter (b. UK, 1985) began composing seriously at 29, after seeing - and failing to successfully enter - the Liverpool Philharmonic’s 2015 Christopher Brooks Composition Prize. The rejection spurred him into years of self-tuition in composing, engraving, and orchestration with the central goal of writing for and recording with live musicians - by next year he’d achieved this goal with string quartet, by the following year with choir and orchestra, and in 2018 with the City of Prague Philharmonic.

Thanks to the shortness of his career, his achievement list is likewise; airplay with Classic FM/BBC Radio 3, 6 & York (UK) and Classical KUSC (US), a performance in Singapore, and a place in ORA Singer’s 2019 “Christmas Gift” recording initiative. His music (described as “beautiful” [Anthony Inglis], “fantastic” [Suzi Digby OBE] and “a gem” [Jessica Curry]) is typified by a paranoid attention to detail, meticulous orchestration and a sense of traditional grandeur, excitement and beauty; more invested in music’s past than present, Dave moves between full-throated orchestral tone poems, classical minuets and inventions, works for baroque ensemble, and Renaissance choral polyphony.