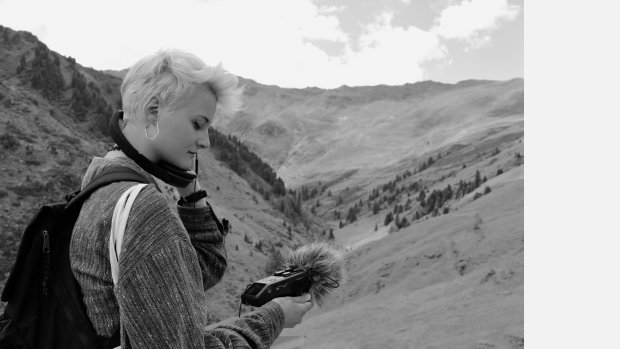 Sonia Killmann is a composer and sound artist, currently completing a postgraduate degree in Composition at the Royal Conservatoire of Scotland. Inspired by composers such as Alvin Lucier and Kaitlyn Aurelia Smith, she has been exploring the relationship between sound and environment. Her works often involve field recordings, as well as a mixture of live processing and acoustic music.

Sonia is also a saxophone player and performs with her duo Failed System Test in various venues around Glasgow. They have also just released their second EP {unshift} with Dead Hound Records, which Sonia helped co-produce. She also creates sound and music for her podcast Albumly, as well as creating her own sample packs and digital instruments.

In addition, she is a committee member of the non-profit festival organisation Sound Thought working together with other composers in early stages of their careers. Together they have organised festivals in unconventional and diverse spaces such as the Riverside Museum, where Sonia was able to showcase her piece “Single Journey” in an old subway carriage. She is also interested in the conjunction of movement and sound, which sparked some collaborations with ballet dancers, such as Yasmine Naghdi and international filmmaker Jamiel Laurence.

Them? There? Eyes! (audiovisual)
Ice sounds Sample Pack
Failed System Test
I am sitting in a room with... (concept piece) 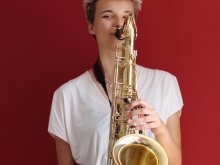