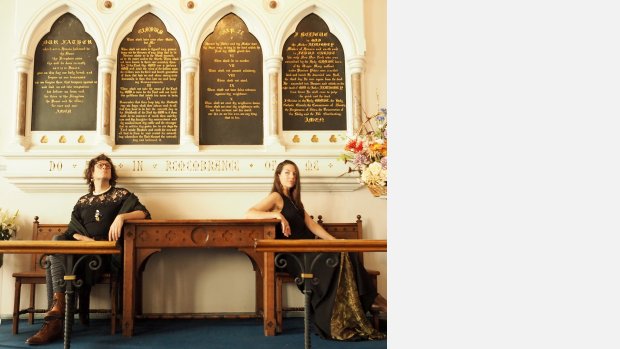 Lunatraktors are choreographer and percussionist Carli Jefferson, and nonbinary vocalist and composer Clair Le Couteur. Influenced by flamenco, post-punk and trip hop, their’ 'broken folk' sound strips trad folk back to rhythm and voice. The pair turned heads in 2019 when their DIY debut This Is Broken Folk – recorded live in a viaduct arch by Ramsgate harbour – made it onto MOJO Magazine's Top Ten Folk Albums. New releases blend analogue synth, whistles, accordion with tuned drums, vocal harmonies and a hybrid of tap dance and body percussion, which Jefferson developed after touring with Stomp.