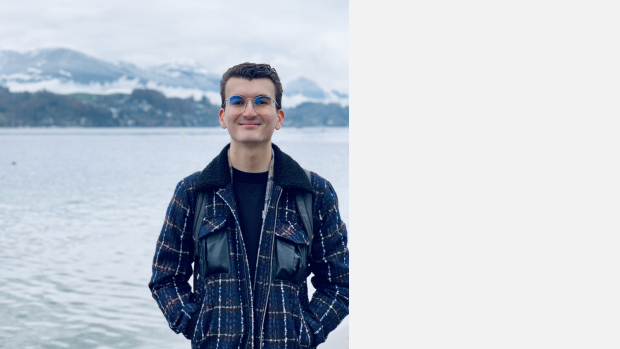 Derri Joseph Lewis (b.1997) is a prize-winning Welsh composer and sound-artist, writing music for concerts, stage-works and installations in Europe and America.

His music has been performed by artists and ensembles including the BBC National Orchestra of Wales, Gould Piano Trio, bass-violist Liam Byrne, and the Ligeti Quartet.

In 2020 Derri graduated from the Royal Welsh College of Music and Drama with first class honours, studying with Joseph Davies and Ceri Tippetts and receiving the Eifion Evans Memorial Prize and RWCMD Skills Award.

Derri has a passion for vocal music across a number of different languages; his set of Welsh songs 3 o Ganeuon Byrion were premiered by baritone James Atkinson and pianist Gamal Khamis at the 2020 Ludlow English Song Weekend Preview Concert in Marylebone, London.  His Cane fires from the cabin of a plane - a song cycle with words by American poet Emily Bishai - will be performed at the Ludlow English Song Weekend 2021. Derri’s choral music has been performed on both sides of the Atlantic: in Cardiff and in Aurora Ohio, U.S, and by the Corvus Consort.

He has been awarded many prestigious prizes, bursaries and funds, including the Welsh Music Guild’s “Paul Mealor Bursary for Student Composers for 2020”, funding from the Swiss-European Mobility Programme (SEMP) to study with Kaspar Ewalds at Zürich University of the Arts (ZHdK), a grant from Tŷ Cerdd to develop a children’s opera with Flatpack Opera, and the National Centre for Early Music“Young Composer Award 2019” in association with BBC Radio 3.

In 2017, the Aldworth Philharmonic Orchestra commissioned a new orchestral work, River Image, which was premiered in Reading Train Station and subsequently performed by City of Cardiff Symphony Orchestra and the Roath Brook Orchestra. 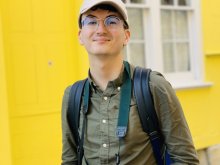