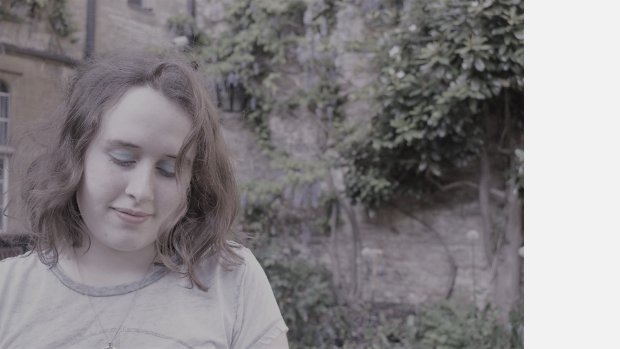 Emily Hazrati (b.1998) is a composer studying on the MA in Opera Making & Writing at the Guildhall School of Music and Drama, in association with the Royal Opera House Covent Garden and with generous support from The Thompson Educational Trust. ​

Her music has been performed by the Royal Opera House Orchestra, The Choir of Clare College, Cambridge, Oxford Philharmonic Orchestra, Tim Gill and David Gompper, The Choir of Lincoln College, Oxford, The Korrigan Consort, Richard Casey, and CHROMA ensemble, amongst many others. Most recently, she was commissioned by Choir & Organ Magazine for their 2020 New Music Series (May issue), in partnership with Graham Ross and The Choir of Clare College, Cambridge. Upcoming projects include a new chamber opera to be premiered at Milton Court (Barbican) in July 2020, and a guitar work for Tom McKinney as part of Psappha's 'Composing for...' scheme. She is published in Multitude of Voyces’ Anthology of Sacred Music by Women Composers (Volume 3: Advent to Candlemas).​

Emily has a particular affinity to writing for the voice and working with text. She enjoys working in collaborative, multidisciplinary settings, placing the performer at the centre of the creative process. Narratives of the self and political themes sit at the heart of her practice: her most recent project with writer Nazli Tabatabai-Khatambakhsh explores a child's experience of air raids during the Iran-Iraq war. Emily's music is also frequently inspired by sounds from the natural world, archival material, mythology, and postminimalism.​

When not composing, Emily is an active performer, primarily in her capacity as a singer. She is a former alto of The Choir of Clare College, Cambridge, and has performed with various ensembles in venues such as Royal Festival Hall, King's College Chapel, St Bavo Cathedral, Haarlem, Barbican Hall, Milton Court Concert Hall, and St John's Smith Square. Emily is also a keen curator: most recently, she managed the Minerva Festival’s Composition Competition for female and non-binary composers (adjudicated by Judith Weir CBE) in its second year. ​