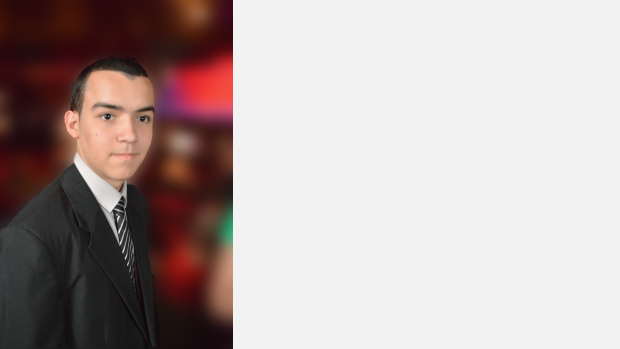 Born in Brazil, Vinícius' first contact with music was at the age of 12 when he started learning how to play the guitar. In 2017, he moved to the UK and started to study piano, eventually gaining a place in the Young Composers Project in Birmingham at the end of the year. It was around this time that he discovered his passion for composing. In 2018, Vinícius was involved in the Sound and Music Summer Program at the Purcell School where he had the opportunity to write for a jazz quintet. Later in March 2019, he took part in the Composer's Lab in Birmingham where he composed a work for the cello. In summer 2019, he travelled to London for the Handel & Hendrix Summer School in partnership with RNIB where he worked with a violinist to compose a piece for solo Baroque violin. In December of that same year, Vinícius was involved in a project with the Orchestra of the Swan and at the end he wrote a piece for Uncommon Quartet, consisting of viola, cello, oboe and trombone. In 2020, he once more joins the Orchestra of the Swan to compose music during the lockdown ('The Evening Falls') Now, he joins the Royal Birmingham Conservatoire to study composition as a first-year undergraduate student.

SoundCloud
Orchestra of the Swan - The Evening Falls