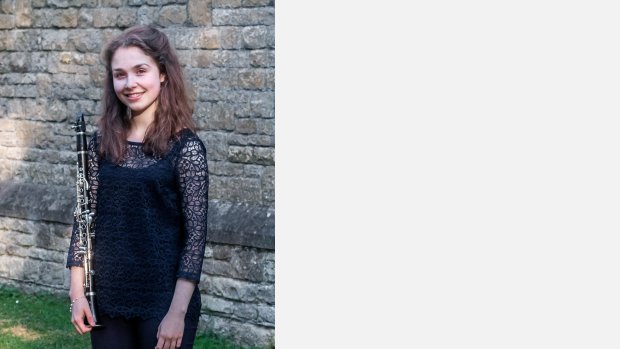 Born in 1998, Sarah is an award-winning composer and clarinettist. Since winning BBC Young Composer in 2017, Sarah has been commissioned by ensembles such as the BBC Concert Orchestra, Aurora Orchestra, Ensemble Cymru, the Kaleidoscope Chamber Collective, BBC National Orchestra of Wales and her work has been performed in venues including the Queen Elizabeth Hall [Southbank Centre, London], the BBC Radio Theatre [BBC Broadcasting House], St David's Hall and has been broadcast live on BBC Radio 3. She has worked with conductors such as Bramwell Tovey, Nicholas Collon, Christopher Stark, David Jones and Tim Lines.

Her work inhabits striking and atmospheric sound worlds and is often inspired by the natural world. Her work has been described as having “immaculate use of the warm and varied orchestral palette’ [Richard Morrison, The Times].

As a clarinettist, Sarah has performed as Principal Clarinet and Principal Eb Clarinet in the Young Musicians Symphony Orchestra and was selected for the Orchestral Placement Schemes with both the BBC National Orchestra of Wales and the orchestra of the Welsh National Opera. She is an avid chamber musician and performs regularly as part of the Glamorgan Trio, Azure Winds and the Willow Clarinet Quartet. A passionate educator, Sarah holds a DipABRSM in Clarinet Teaching (with Distinction) and has been a BBC Proms Inspire Ambassador since 2017, where she works to facilitate creative music workshops for young people.

In July 2020, Sarah graduated with a First Class Honours degree in clarinet performance from the Royal Welsh College of Music and Drama  and in September 2020 she will begin her postgraduate studies as a scholar at the Royal College of Music, London to study clarinet and composition. 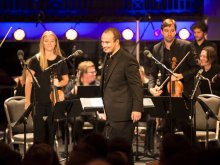