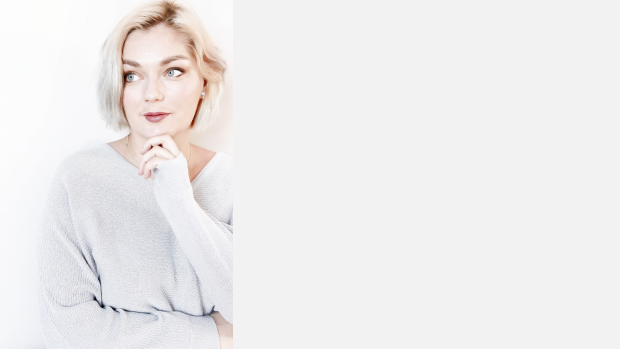 Ieva Dubova is a Latvian pianist and composer known for her experimental, new age approach to classical piano music. Inspired by nature, sensuality, and memories from her Baltic homeland, Dubova’s neo-classical compositions are infused with cinematic melodies and digital ambient textures that capture the spirit of childhood imagination, evoke the beauty of nature, and transcend the temporal.

Originally from Cesis, now based in London, Dubova has performed across Europe, held multiple radio appearances, and collaborated with artists from multiple disciplines. In 2018 she worked on ‘Fairy Tales for Four Hands’, an album inspired by iconic fairy tales, with award-winning pianist Joe Howson and Latvian composer Georgs Pelēcis. More recently, she worked with poet Jane Liddle King to develop ‘Liszt Affair’, an all-female immersive piano music experience in London, and is currently working on combining modern dance with her music in collaboration with choreographer Anita Garcia Grosse.

Dubova’s upcoming solo debut album ‘Reverie’, a nostalgic exploration into nature and memory, features a number of original compositions that reflect the artist’s life and past. From the haunting depth of 'Åvu Åvu’, with its ethereal film score nuance, to the playful brightness of ‘Innocence' offset by a gentle drum march and childlike sense of wonder, the experimental nature of Dubova’s sound sits in the neo-classical realm.

Dubova’s creative influences as a composer are external and tactile, whereas her creative process remains self-reflective and deeply internal: “For me, music is the way to show the world my feelings, to communicate with them, but stay intimate. I’m influenced by Baltic folk music, Bach and nature. Sensual things like smells, feeling the wind. I write things without an outline.”

The Latvian pianist has described the process of making music as a safe space that allows her to disengage from the world and immerse herself in the joy of creation. Making ‘Reverie’ particularly enabled this sense of creative flow, with Dubova stating that the album “feels like who [she is].”

Dubova draws inspiration from a wide selection of music, from folk to baroque to modern, as well as classical composers such as Avro Part, Peteris Vasks and Erik Satie. Folk music holds particular influence - Dubova is currently developing a British-Latvian folk music songbook for amateur practitioners in collaboration with British artist Jude Cowan Montague, which draws on original research into folk practices of England and Latvia, based on themes derived from traditions in both countries as well as agriculture, seasons, rituals, religion and nature.

A graduate of Trinity Laban Conservatoire of Music, Dubova’s approach to creation is modern and highly collaborative, having worked with a number of established organisations and leading artists throughout her career. Recently, she worked with Company Concentric and performed at International Youth Arts Festival in London.

During the lockdown period, Dubova has brought her musical gifts and expertise to her digital community over a number of months, during which time she performed home concerts and led an online interview series ‘Piano Q&A’ with prominent musicians including Penelope Roskell (The Complete Pianist), Nicolas Sideris (Musica Ferrum) and Marcel Zidani (Hey Presto).

Her upcoming solo debut album, ‘Reverie’, will be released on 17th June 2020. Follow Ieva Dubova for new music and updates.