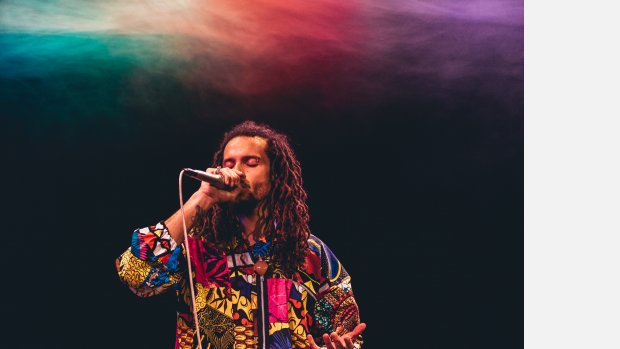 Marv Radio is a groundbreaking musician and sonic scientist. He has been hacking his own voice to use as a tool for music, art and therapy for over 18 years. Marv is known for his out-of-this-world live music and theatre shows where he combines beatboxing, live looping, singing and rap to make high energy motivational hip hop.

With over 12 years of experience performing at festivals and venues, Marv is well versed in entertaining hundreds or thousands of people and giving them an unforgettable experience. He is developing online performances and experiences in these times of social distancing and closed art venues.

Marv travelled to South America for the first time in 2013 and many times since to learn from ancient shamanic cultures, which has inspired him to combine his musical knowledge and esoteric wisdom, creating his own unique brand of hip-hop healing and sound therapy. His mission is to positively impact the work through culture and art and to empower people through his art and therapy services.

Marv Radio  has been selected as one of Sound Connections 2019 “New Voices” scheme, being chosen from hundreds of applicants to be supported in creating new and exciting musical works with financial, organisational and mentor support. He is currently using this support to create and release his album, film and graphic novel "Mantra", based on the theatre piece and music he has been developing since 2017.  Mantra will be released on his 33rd birthday, October 22nd 2020.

He further developed this piece with funding from Arts Council England in 2019. He has sold out Camden People's Theatre and Oxford Playhouse as well as showcasing the piece at Streatham Space, Rich Mix and RADA Studios.

With a music, theatre and performance background, Marv Radio sets every stage on fire with dynamic, varied and exciting world-class performances with a message of liberation for the audience. His message is simple; it is time for humans to embrace the fullness of who they are and take responsibility for our own lives while transforming into our greatest selves.

Marv's beatbox beats are a guaranteed crowd-pleaser, his use of a loopstation to create live songs and soundscapes is mesmerising and his ability to channel pre-written and improvised songs is uplifting and inspiring.

As well as being the beatboxer behind First Direct’s “Unexpected Tweet” advert campaign, Marv has been featured in BBC newsbeat, The Evening Standard, TimeOut London, BBC Radio 4 and London, SOHO Radio, London Live TV, Channel 4, Sky Sports and Spike TV for a range of different projects and programs.

He is an accomplished workshop leader, providing his unique hip hop workshops for educational, creative and corporate environments. He has taught all kinds of people, including under 5s, young children teenagers, people with special needs, ting offenders, adults, over 60s, businesses, employees and laryngectomy patients who had their voice boxes removed due to cancer.

His dream is to make conscious music as successful and marketable as any contemporary style of music and positively impact the world while doing so. 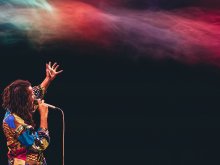