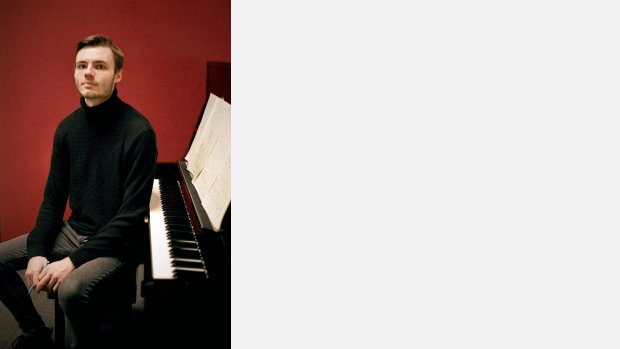 Thomas Foster is a London-based composer.

He has worked projects with the National Portrait Gallery, the Royal Academy of Arts and the Lontano Ensemble among others and has completed a master's degree at the Royal College of Music.

His compositional approach takes off from spectralist thinking, exploring the limits of human perception as well as perceived depth in music. Indeterminacy and improvisation also contribute to his work. ​

In 2020 his first opera, The Decline and Fall of Practically Everybody, will be premiered at the Royal College of Music. This year also marks his first sound installation, Ortolan - a series of interactive sound spaces exploring the death of the Ortolan Bunting.

In 2019 he launched the Unheard concert series. With support from Arts Council England, these concerts aim to rescue contemporary music from the concert hall and present it to new audiences, made up predominantly of non-concert-goers. In 2020, Unheard Concerts responded to the coronavirus outbreak by launching the Unheard: Unseen project, a global composition collaboration bringing together 14 international composers to work on 3 new pieces which were premiered online.