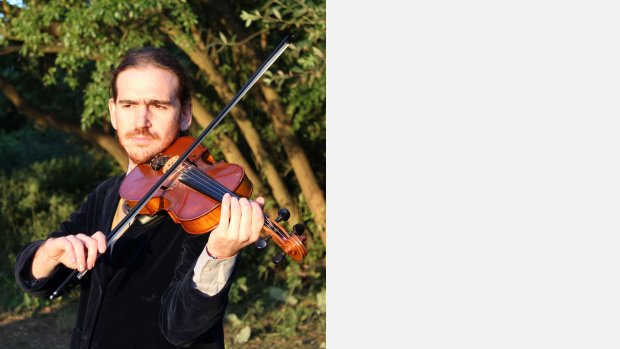 As a film & Media media composer, Ben Mowat has been engaged in over 20 projects, commissions and collaborations. His work has been broadcast on BBC 2, SBS Australian and French rolling news channel France24. Ben has been playing, composing and producing music for most of his life and has a diverse back catalogue of natural history documentaries, short films including drama, horror and animation as well as Library Music, adverts and information films, many of which have been screened at festivals around the world. His compositions include choral, orchestral, string quartet and electronic works and often but don't always include his unique playing style as an acomplished violinist . Studying under renowned composers and orchestrators William Goodchild, Martin Kiszko and Richard Blackford, Ben gained the highest possible mark “Distinction” in an MA in Composition for Film & TV at Bristol University in 2018 which brought him a breadth of further experience and insight into the film industry. He is also a trained sound engineer with advanced skills and knowledge of recording and audio post production. Ben Mowat published his first Library Music Album with Radio France Internationale (Paris) in May 2020 and is working as a sound recordist/mixer and sound designer on independent feature film in progress Time Out with ChalkStar Films (Oxford, UK).