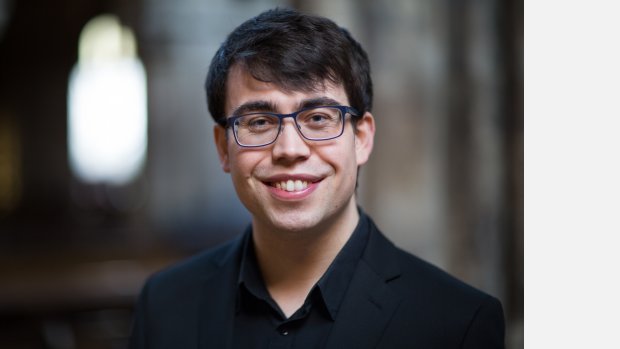 Owain Park was born in Bristol in 1993. His compositions are published by Novello, and have been performed internationally by ensembles including the Tallis Scholars and the Aurora Orchestra. While at Cambridge University he studied orchestration with John Rutter, before undertaking a Masters degree in composition.

As a conductor, he maintains a busy schedule of projects with ensembles including the BBC Singers, the Academy of Ancient Music, Cappella Cracoviensis, and Cambridge Chorale. His own vocal consort, The Gesualdo Six, tour extensively around the world and have been lauded for their interpretation of renaissance and contemporary music.

Owain is a Fellow of the Royal College of Organists (FRCO), and was awarded the Dixon Prize for improvisation, having been Senior Organ Scholar at Wells Cathedral and Trinity College Cambridge.

He was a Tenebrae Associate Artist for two seasons, and has worked with ensembles including The Sixteen, Gabrieli Consort, and Polyphony. www.owainpark.co.uk