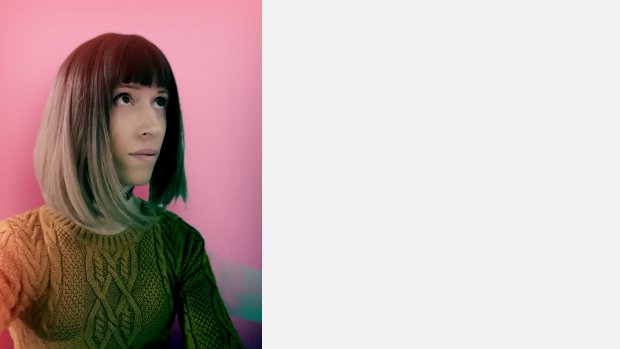 Florence Anna Maunders started to compose music when she was a teenager, and her early tape-based pieces from this time
reveal an early fascination with the unusual juxtapositions of sounds and collisions of styles which have been a hallmark of
her music-making ever since. This is perhaps a reflection of the music which interested and excited her from a very young age
– medieval dance music, prog-rock, electronic minimalism, bebop jazz, Eastern folk music, the music of Stravinsky &
Messiaen, and the grand orchestral tradition of the European concert hall. Flori started out as James - a chorister, clarinetist
and saxophone player, but following an undergraduate degree at the Royal Northern College of Music, where she studied with
Anthony Gilbert, Adam Gorb, Simon Holt & Clark Rundell, she's enjoyed a mixed and international career as a jazz pianist,
orchestral percussionist, vocalist, composer and teacher, and continues to be enormously busy. After a long break
composition is now taking up more and more of her time. Over the last two years she has met with enormous success & had
her music extensively performed across the UK, Europe and the USA, and received a significant number of awards, prizes and
commissions. A full list of recent prizes and awards is available on her website.

Stylistic Fingerprints
One of her main aims as a composer has always been to write music which excites and moves an audience – not to say that
she has embraced populism, but that her music often pulsates and dances, or allows the luxury of melody to dominate. Her
music often draws together a number of different stylistic currents to make something totally new and original, for instance
her recent (and extensive) cantata Yaldo draws upon Syrian folk music, the music of the Byzantine Church in the middle ages,
free jazz, Hebrew cantillation & complex Stravinskian rhythms to create a compulsive and explosive sound world. With a
background in electronic music production, it's not surprising to hear the influence of dance culture in her compositions often
to the fore – as an example take the piece Badder Gyrations, an “urban orchestral riot” which grows into a growling dubstebflavoured
groove, before fragmenting into a kaleidoscopic melee of broken and recycled funk and soul fragments, coming
together into a pulsating trance beat.

Recent & Upcoming Events
Flori has been recently working on a number of exciting projects: a concerto entitled Io for the clarinettist Thomas Carr,
commissioned by Newbury Symphony Orchestra, which was performed this summer; Da Pacem Domine – an a capella vocal
piece for the Cecilia Consort, and a solo piano piece commissioned by the Piano Teachers Congress of New York, which was
scheduled to be performed this month in Carnegie Hall. Her piece Power Moves VI was recently premiered by Red Note
Ensemble as part of Noisy Nights. She also had planned premières of her music this season across the world - in particular
Bursting Out (for harpsichord and mixed quintet) which was to be performed in Amsterdam in April, Rhakasa Tuphani (for solo
piano) in New York, and Bacchanal (for large orchestra) in London in March. 2020 will also see the premiere of Looking For
More - a concerto for bass oboe and strings commissioned by the wonderful virtuoso Mikey Sluman. She is currently working
on two pieces for the flautist Carla Rees alongside other projects, such a solo percussion piece for Matt Farthing, a trio for
ONMC, a piece for the Ligeti Quartet, a exciting new commission for Skipton Camerata and other pieces too numerous to list!
She was scheduled to be resident later in the year at the Vale of Glamorgan Festival, as part of the Peter Reynolds program,
where two of her pieces were to be performed. She's currently making the most of the enforced downtime to catch up on
commissions and to work on her master's thesis. There's lots more information & links to recordings on her website.