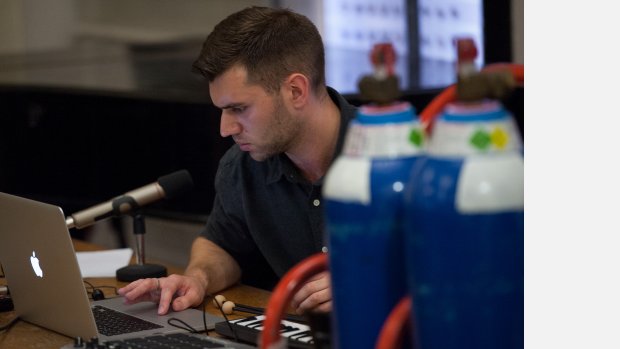 Nick J Jones is a composer, sound artist and musician based in North London. He has a 1st Class Honours degree in composition from Trinity Laban Conservatoire of Music and Dance and was awarded the Daryl Runswick prize for composition in 2008.

He has been working professionally in the industry for over 10 years and has a diverse output of work including collaborations with youth dance/theatre companies from The Royal Opera House and The Young Vic theatre, sound installations for The Royal Opera House, Discover Children's Story Centre and The Science Gallery London and new works of contemporary dance written for the companies Far From The Norm and Vocab Dance with performances at such venues as The Place, The Royal Opera House's Clore Studio, VAULT Festival and Arcola Theatre.

Nick is interested in devising performances in collaborative settings where experimentation is key to the development and formation of ideas.