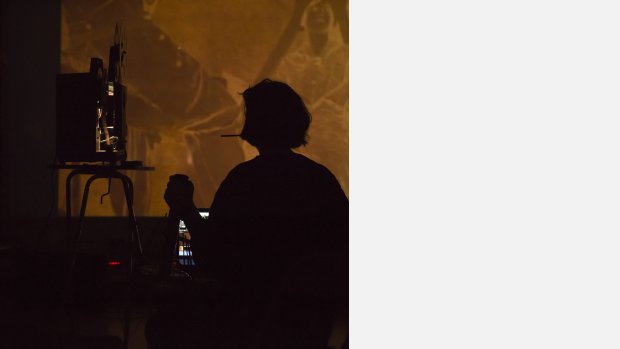 Viridian Ensemble are an ethereal blend of image and noise, which re-imagines folkloric forms and tropes of femininity. Improvisation of both sound and image (digital & analogue) produce a dialogic blend of textural depths. Dissociative states, keening, and the supernatural inspirit the ensemble. Each performance evokes utterances, nonsensical languages, and trans-species forms of communication through collective rhythm, tone, and resonance. Inspired by the vanguards of feminist free improvisation such as Les Diaboliques & Feminist Improv Group, as well as 16mm expanded film, Viridian is open to differing and divergent levels of musicianship, including those who have not improvised before. A mix of differing abilities and visual media gives rise to a polyphonic performance of serendipitous enchantments. 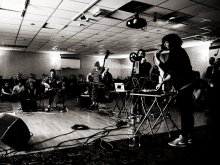