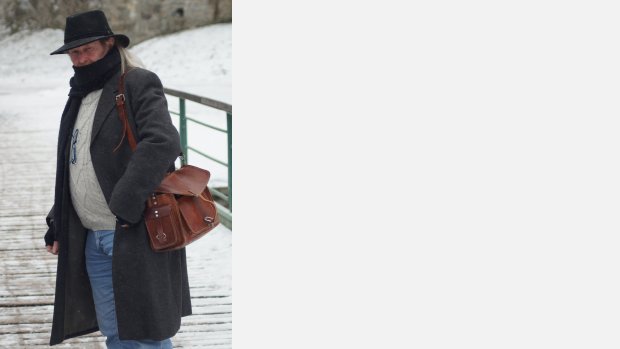 Born in 1952 and brought-up in a London suburb, Ian D Mellish (Mel) initially trained as an artist. Although he had earlier studied the violin for eight years, his interest in music was only later rekindled, leading to a first class honours in electronic music from, the then, NELP and a doctorate in composition from York University, studying with Richard Orton.

He has been composing, principally electro-acoustic/electronic works, since the 1970s. Visual art plays a large part in his compositions, many of which are inspired by the art world such as Tinguely, Rauschenberg, Pollock, Riley and wHoIE (Warhol), and the multi-tape environmental pieces Rothko (lasting 10 weeks, 4 days plus) and Olitsky (for Jules Olitski, which lasts 1,648,171 years, 7 weeks, 6 days plus) - his idea of a ’short’ work is about thirty minutes although there is a collection of 67 four-minute pieces called Details.

The few works for live instruments include Beach, for tape, amplified solo oboe, piano, percussion and ‘junk’ percussion with live electronics, Cairn for wind band and bagpipes, Son of Cairn for amplified ensemble (Icebreaker) and tape, Rising “- -”, a piece for two or four harps, live electronics and live televisions, Vile Intentions for saxophone quartet and Illumination, a work for solo viola, tape and electronics.

The music and graphic scores have been performed and exhibited throughout the UK, Europe, Canada and the USA, and there are 25 CD releases on the independent record label Red Wharf - but sorry to say the label no longer exists, sadly the owner and composer Graham Bowers died in 2015. The published music and a few of his unpublished pieces have been uploaded to Soundcloud.

Mel has been a member of the new music ensemble Icebreaker, as production manager, since its inception in 1989 and his works can be heard as introductory music to most of Icebreaker's concerts.

Since 1997 he has lived in a village in Austria.