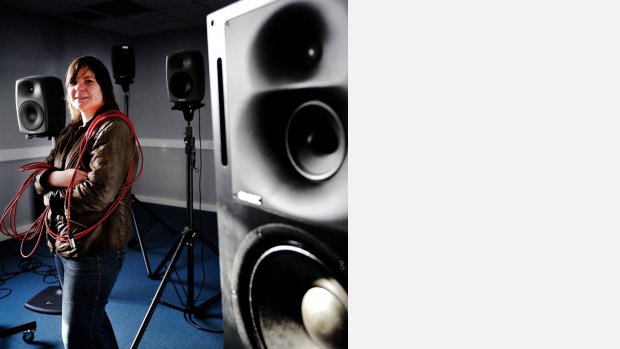 Louise Rossiter (1986) is an Electroacoustic composer and sound artist based in Leicester, UK.

Louise's research interests include expectation in acousmatic music, silence and music, acoustic ecology, multi-channel composition and spatialisation. She completed a PhD at De Montfort University, Leicester under the supervision of John Young and Simon Emmerson, having studied previously under Pete Stollery, Robert Dow and Robert Normandeau. Her current research carries on from doctoral research to explore ways in which interactions of sound, silence, and timbral blending might evoke implications, expectations and questions. She is currently composing a series of pieces which explore the work of Fritz Kahn. Dr Kahn’s work revolutionised the area of infographics by producing images representing the human anatomy as complex pieces of machinery. The research project provides a tangible link between sound, imagery and imagination to explore expectation.

Louise's works aim to provide a highly immersive sonic experience which are in some way,

Louise has also had works awarded in several international competitions, including in the