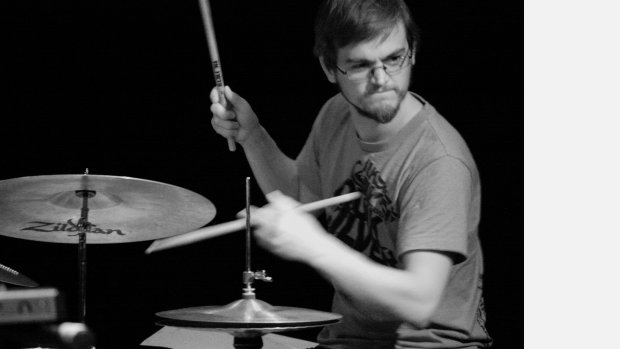 Johnny Hunter is a northern UK-based drummer and composer who comes from a background of both the Avant-Garde and the more mainstream Jazz. His own “chordless” quartet, set up to explore the freedom and limitations of having no chordal instrument, have been recorded and broadcast by BBC Radio 3, and have performed across the country in notable venues such as London’s Ronnie Scott’s, the Manchester Jazz Festival, Birmingham Jazzlines at Symphony Hall, Liverpool International Jazz Festival, among many others. He also leads the piano trio Fragments, originally a workshop band formed to research and develop new approaches to improvising and composing for improvisers.

He has also written works for various other ensembles, including Pale Blue Dot, a piece for string quartet with tenor sax and drums; Backlash, a piece for improvising “marching band” with the line-up of piccolo, trumpet, trombone, euphonium, accordion and percussion; and several tunes for the Manchester Jazz Collective, a ten piece Contemporary Jazz outfit established to perform exclusively original material by many different composers.