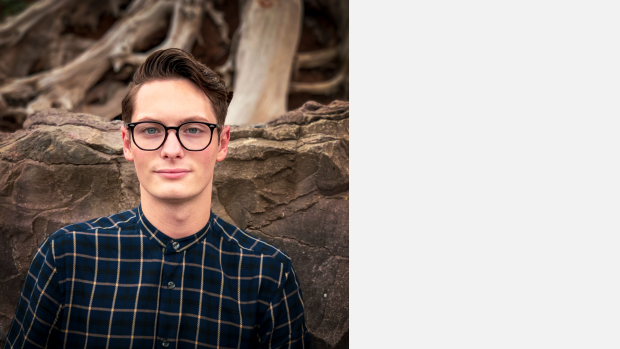 Jasper Dommett (b. 1997) is a multi-award-winning British composer, studying at the Royal Welsh College of Music and Drama. His music has been performed by soloists and ensembles such as BBC National Orchestra of Wales, London Sinfonietta, Berkeley Ensemble, Young Artists Sinfonia, George Fu and Thomas Ang. With performances at St Martin-in-the-fields, St.Davids Hall & Hoddinott Hall.

Recent works include Night Music for BBC NOW, and Rothko Room designed to be performed at the Tate Modern. After the success of Night Music, Jasper received the Paul Mealor Award for Student composers which included a commission for a song cycle for the welsh baritone, Jeremy Huw Williams.

2020 saw the recording of Jasper’s first Tenor Horn concerto, Matryoshka. Written for Ross Dunne and the Tredegar Band the recording was done on the World of Brass label. Looking towards 2021, Jasper is collaborating with Opera Director and Librettist, Fluer Snow, to write his first Opera, Coram Boy, based on the play of the same name by Helen Edmundson.

In 2018, Jasper experienced his international debut with his piece, What is Beauty?, a setting of the poem by Alexandria Harper, as part of the Paul Mealor Bursary for Student Composers. At this time, he also won; the Lord Lingfield Medal for Music, the English Schools Orchestra composition competition and the award for the Most Promising Young Composer by the Welsh Music Guild.