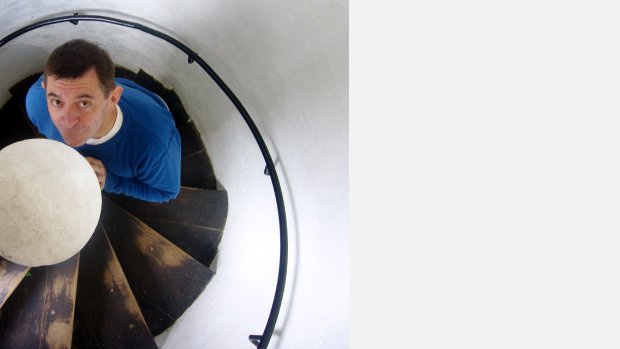 Born in Kings College Hospital in Dulwich, London. While very small, I played the piano. In 1961 moved to Tamworth in New South Wales, Australia. 1965 moved to Adelaide, South Australia. Joined church choir in Tamworth at my father's church and continued as chorister until my voice broke. Studied recorder at Primary School then violin. I wanted to play the oboe, but was advised my teeth weren't suitable. Took up the flute with David Cubbin at the Elder Conservatorium, Adelaide University and began to compose having some lessons with Richard Meale. In 1971 moved to Hampstead, London and attended the Central Tutorial School For Young Musicians (now called the Purcell School) and performed two compositions, 6 Pieces for chamber orchestra at the Queen Elizabeth Hall and Odyssey for chamber orchestra at St John's Smith Square and recorded by Dunedin Civic Orchestra conducted by Professor Peter Platt for New Zealand Broadcasting Corporation.

In London I had private composition lessons with Peter Maxwell Davies and flute lessons with Gareth Morris and Sebastian Bell. Moved to New Zealand and began busking and improvising on my flute see press clipping. In 1973 returned to London then Dartingon College. Unable to fund entry to York University, I had some lessons with Max Deutsch in Paris. Returning to London, after working as a messenger in advertising agency, began work as music engraver and copyist for publishers, Peters Edition and Boosey and Hawkes. Moved to York and co-ordinated York Music Co-operative and founded the St Paul's Square Community Festival with other residents and local community. Moved to London to begin work at the newly opened National Theatre and worked there as musician and researcher for 7 years with Dominic Muldowney and Harrison Birtwistle. Productions included Tamberlaine, Il Campiello, Don Juan and other as well as foyer performances with the Bugati Ensemble and others.

Many other freelance projects and sessions in London including Lost Jockey, Heaven 17, ABC, Palais Shaumberg, John Foxx with 2 appearences on Top Of The Pops plus numerous other bands and ensembles in different genres. Played keyboards, saxophone, flute on commercial recordings and soundtracks. I joined Inter-Action Community Arts as Music Co-ordinator.

Graduated with BA(Hons) from Middlesex Polytechnic and moved to Birmingham to do an MA. Performed as solo flautist doing first performances of works using extended flute techinques and electro-acoustics with BEAST In 1999, moved to Leith, Edinburgh to produce Out Of The Bag by Bag O' Cats for the Greentrax label and formed Infinite Trio with Rick Bamford, we played a two nights a week residency at The Shore Bar & Restaurant and two gigs on the Isle Of Arran at Brodick Castle as well as a lunch time gig in the Spiegeltent during the Edinburgh Festival. In 2004, moved back to Birmingham to do cover teaching for the instrumental service.

In 2006 I began teaching Music Technology at the Royal Birmingham Conservatoire. Independent Music Services was established in 2010 as a trading name for my freelance employment which comprises composing, lecturing, teaching and developing music projects.