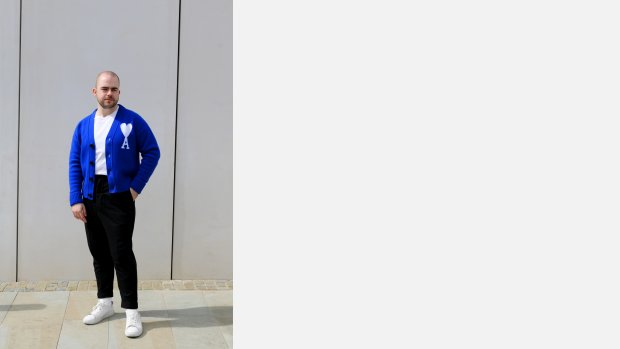 Musician and composer based in Newcastle Upon Tyne, with original score credits found regularly on award-winning television productions, across most of the major broadcasting channels. He has composed music for many award-winning films, with television credits and independent film. Alexander has quickly established himself as one of the most exciting and versatile composers, orchestrators of his generation

Alexander is known primarily for his work in concert, film, and broadcast television. Notably in 2020, Alexander was asked to write the score for the film Round Here by UK arts charity Sunday for Sammy. The premiere was at the Newcastle Metro Radio Arena and was shown to an audience of 12,000. The film was later shown on BBC One with an audience of 1.2 million. He has received over 50 commissions for the concert hall, cinema, and theatre. Alexander has had his music broadcasted on BBC Radio 3, BBC Radio 4 and BBC Three television. In Europe alone, he has worked with members from the BBC Symphony Orchestra, the BBC Singers, and members of the Manchester Camerata Orchestra. Composing credits include Homesick (AmazonPrime), Shoplife (BBC 3) and Exposed (Netflix), with orchestration credits including SS18 Collection (LVMH) and BBC Proms (2020).

He has work with companies such as BBC television, BBC radio and Louis Vuitton Moët Hennessy (LVMH). After years of orchestrating and writing for clients, he is working on a debut album with a message and intent of pushing the limitations in orchestral music to express his story and connect through the consideration of non-conventional writing merged with the infinite aural potential. Alexander’s music can be found on Spotify, Apple Music, Amazon and all streaming platforms.
​
Alexander trained at the Royal Northern College of Music before holding a master's in Composition and Orchestration from the Royal Academy of Music. He also is a qualified teacher with a degree in music education. Alexander is a full member of BAFTA.