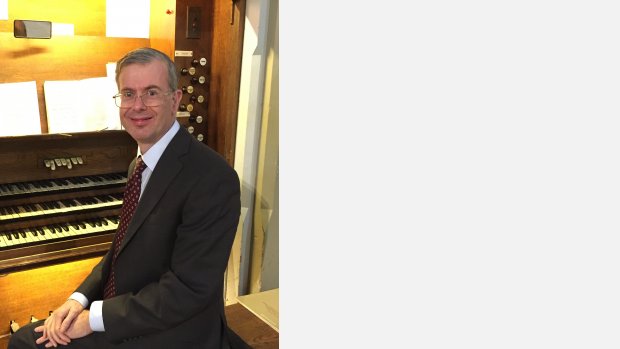 Andrew Wells was born in Plymouth in 1962 and received his first musical training in Truro.  He went on to study at the LCM and TCM London and won a prize in General Musicianship and gained the GLCM, LRAM and ARCO diplomas. He is Director of Music at St George's Campden Hill, Kensington, and Accompanist to Petros Singers and Hogarth Singers in West London.

His compositions to date cover orchestral, choral, vocal, chamber and instrumental; in many diverse styles.  Many works have been performed in London and as far away as Moscow (Suite for Harpsichord).  His percussion pieces have been used for the LCM and GSMD syllabus, and his organ tutors utilised in a teaching environment.  His choral pieces have been published by Novello.  He is also known as an editor, and has discovered and edited previously unknown piano sonatas and songs of Samuel Wesley.