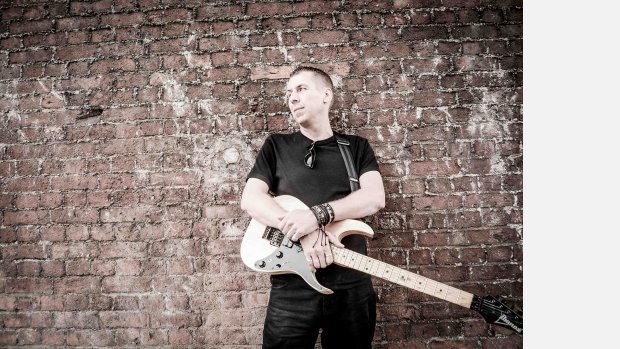 Neil has been playing and writing music for over 30 years, has an unhealthy obsession with all things audio related, and has gigged around the world.

As a guitarist, Neil currently performs around the UK with a some of the UK’s top function acts and provides remote and studio session recordings for other composers and producers.

Neil has an exclusive YouTube channel which features an extensive range of guitar and music technology tutorials, as well as his popular gear reviews. In 2015, Neil published his first book on creativity and guitar playing, entitled Guitar Creativity | A new way of thinking.

Neil has released several albums of ambient cinematic electronica under the name ‘Light B4 Sound‘, and other original music projects including Between the Lines and his new instrumental guitar CD. At the same time writing and producing for a number of upcoming UK artists.

Neil worked at Manor Mobile recording studio, with artists, including Robert Plant and Jimmy Page, Al Green, Barbara Cooke, and now operates out of his own Infinite Melody studio working with up and coming artists on the Manchester music scene.

Neil has a PhD in soundscapes and psychoacoustics and provides lectures and workshops at a number of Universities in the UK. He also provides masterclasses for various organisations and private tuition, in person or via Skype.

In 2016, Neil launched the “There is another way : making life work as a creative” podcast, which aims to help those looking for a different way in life, breaking away from the 9-5 and having inner reflection on the nature of what it is to be a creative.

Throughout his varied career, Neil has bridged the gap between creativity and technology, as such, he is in continual demand for his skills and ability to make things happen.  Contact Neil now to see how he can help you achieve your goals and ambitions.