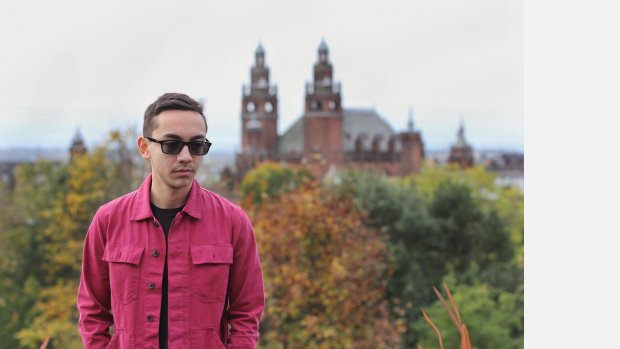 Kevin is a Scottish-Filipino composer of experimental music based in Glasgow. He is undertaking a PhD in composition at the University of Glasgow with Jane Stanley and Drew Hammond. Kevin's practice research is exploring is the concept of liminality, a state of transition or in-between space. Kevin is interested in silence, fragility, perception, approaches to listening, and non-standard notation.

He has presented his research at conferences such as the Royal Musical Association Research Students’ Conference, Being Human Festival, University of Hull Music and Intercultural Practice Symposium, European Researchers’ Night, Scottish Association for Music Education Conference, and the University of Glasgow’s Annual Learning and Teaching Conference.

In addition to composing, Kevin is passionate about music education. He works as a Graduate Teaching Assistant at the University of Glasgow, teaching composition and orchestration, as well as co-directing the Scottish Young Composers Project. He has also delivered education projects for Chamber Music Scotland and Sound Festival.

Kevin also manages the new music series Sound Thought, which is dedicated to promoting the practice and research of postgraduates working in music and sound.