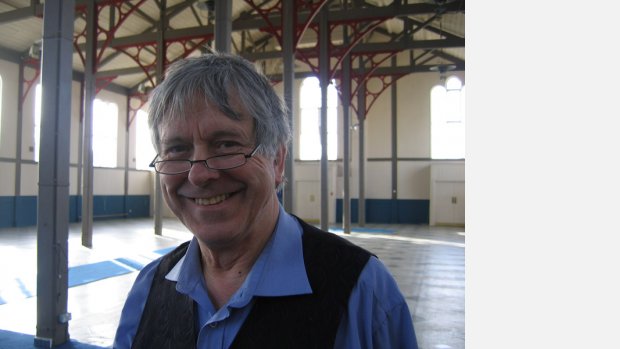 Bill Tamblyn is a British composer who has been a pioneer of the music of worship since the days of Vatican II in the mid 1960s with music published by several distinguished companies such as Oxford Press, Boosey & Hawkes, Novello, Oregon Catholic Press and Jabulani Music. He has contributed to major hymnals in the UK, and has edited a definitive edition of the Rachmaninoff Vespers for Boosey Hawkes. He is the sole proprietor of Chiswick Music, a home based publishing company which he founded in 1973 while living and teaching in London, its function being to disseminate the music of worship which the major publishing houses of the day were unable or unwilling to distribute.

Bill grew up in the Methodist tradition of hymn-singing and became a young chorister in an Anglican church where he gained a wealth of insight into the Anglican Choral Tradition. In the multi-cultural setting of his native Birmingham he became acquainted with the music of India and the Caribbean, influences which were to deeply affect his style of composition. In 1963, at Durham University, he was received into the Roman Catholic Church, and while still an undergraduate he founded the Durham Music Festival which still flourishes today, booking the Northern Sinfonia in its fledgling days.

On graduating from University he was invited to become an active leader in the Church Music Association, an organization established by the Bishops of England and Wales to promote the post –Vatican II liturgical development at parish and diocesan levels throughout the UK. The Thomas Moore Centre for Pastoral Liturgy commissioned Bill to produce via a series of music booklets the first musical setting of the responsorial psalms for the entire 3 year cycle.

In the 1970s he was among the first of the English musicians and liturgists to attend the Universa Laus Congress, an international association of Liturgists who meet annually for major discussions, honoring Joseph Gelineau and Bernard Huijbers among its founders.

After teaching at the Kingsway College London and founding a unique course for musicians of sixth form age, Bill moved to Colchester, to become Head of the Music School at the Colchester Institute where he trained professional musicians and teachers, and introduced into the academic program England’s only inter-denominational School of Liturgical Music to train future church musicians. His Institute program saw the completion of eleven commercial recordings. These included his own pieces and music by Bernard Huijbers and songs by Tony Barr, a disciple and colleague.

Through his time at the Institute he gained international recognition as lecturer and pioneer of musical development for worship. In 2005, after 30 years, Bill retired as Professor of Music of the newly-formed Anglia University, a campus formed by the three original polytechnical colleges of Colchester, Chelmsford and Cambridge.

In recent years he has sung on several albums recorded in Illinois for Jabulani Music, founded and directed by Tony Barr. He has also performed in concerts and led choir workshops in Oregon and Chicago.

Bill has been Director of music and choirmaster in several church choirs, in Hammersmith and in Chiswick at Our Lady of Grace and St Edward Catholic Church, performing at Southwark Cathedral and also in Colchester director of music at St Theresa’s and St James the Great. After forming Gospel Phoenix in his last years at the Institute, he is now musical director of Quire, Colchester’s World Music community choir with a membership of over 60. From its humble beginnings with 13 people at an Adult Education centre, Quire have now recorded three CDs, taken part in the Radio 4 Sunday Morning Service and performed many concerts, also taking part in 2011 in the opening of the art gallery Firstsite with new pieces composed by Bill. He has also developed the Quire in Education program in which he and a small collection of Quire members bring World Music to local schools. Bill is musical director for Towering Angels and Octavia, all members of Quire, they perform in venues more suited to a small group of singers.

In 2011 Bill Tamblyn was given the Paul Harris Fellowship award from the Rotary Club of Great Britain, a citation for building international links and co-operation through music in the community.

Bill is currently working on The Journey, a selection of his own recently composed work, Tony Barr’s and many other World Music composers for 2011 Quire Christmas concert.