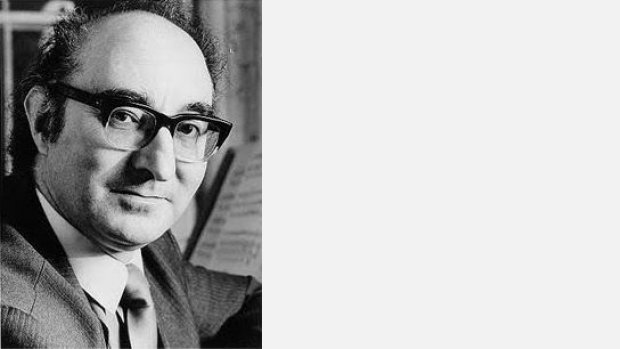 William Mathias was born in Whitland, Dyfed in 1934 and died in 1992. He began to compose at an early age, studying first at the University College of Wales, Aberystwyth, taking his BMus with first-class honours, and subsequently on an Open Scholarship in composition at the Royal Academy of Music. He was elected a Fellow of the Royal Academy of Music in 1965, and gained the DMus of the University of Wales in 1966. In 1968 he was awarded the Bax Society Prize under the Harriet Cohen International Music Awards, and in 1981 the John Edwards Memorial Award. From 1970-1988 he was Professor and Head of the Music Department at the University College of North Wales, Bangor. He was known as a conductor and pianist, and gave or directed many premières of his own works. In 1972 he founded the North Wales Music Festival at St Asaph Cathedral and remained its artistic director until his death.

A house composer with Oxford University Press since 1961, his compositions cover an extraordinarily wide range. Early success include the Clarinet Sonatina at the 1957 Cheltenham Festival (followed within a year by broadcasts in France and Poland), and the Divertimento for String Orchestra which, following its London première, was quickly taken up as far afield as Prague and California. He has made a highly significant contribution to twentieth-century organ music, and his church music and carols are still regularly performed worldwide. Works such as the Symphonies, Clarinet Concerto, Harp Concerto, Improvisations for Harp, Laudi, Piano Concerto No.3, Ave Rex, Riddles and This Worlde's Joie have entered the repertory; the Organ Concerto scored a great success in the 1984 BBC Proms, and Lux Aeterna has been hailed as one of the finest British choral/orchestral works this century.

Mathias' full-scale opera The Servants (with a libretto by Iris Murdoch) was premièred by Welsh National Opera in 1980. Works composed to celebrate Royal occasions include the Investiture Anniversary Fanfare (for the tenth anniversary of the Investiture of the Prince of Wales), Vivat Regina and A Royal Garland (for the Queen's Silver Jubilee), Let all the World in every corner sing (for the Diamond Jubilee of the Royal School of Church Music), As truly as God is our Father (for the Friends of St Paul's Cathedral and their Patron, The Queen Mother), and Let the people praise Thee, O God - the anthem especially composed for the wedding of The Prince and Princess of Wales in 1981. His last important compositions included Symphony No.3 (1991) and the Violin Concerto for Gyorgy Pauk (1992).

Mathias' musical language embraced both instrumental and vocal forms with equal success, and he addressed a large and varied audience both in Britain and abroad. He was awarded an Honorary DMus by Westminster Choir College, Princeton in 1987 and he was made CBE in the 1985 New Year's Honours. In 1992, the year of his death, Nimbus Records embarked upon a series of recordings of his major works.