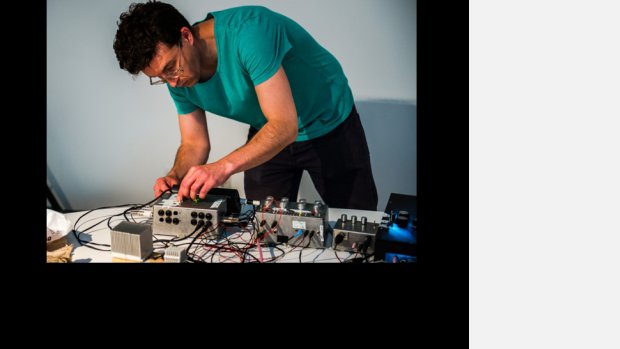 Tom Richards is an artist, musician, DJ, researcher and instrument designer working in London UK. Since graduating with an MA in Fine Art from Chelsea College of Art in 2004, he has built a practice using electronics, sound and film. He has exhibited and performed widely in the UK, as well as internationally in the US, Germany, Sweden and Japan. Selected works and live performances have taken place at Tate Britain, The Queen Elizabeth Hall, The Science Museum, Spike Island, Cafe Oto, MK Gallery, Bold Tendencies, Camden Arts Centre, Resonance FM and NTS radio. He is currently studying between Goldsmiths and the Science Museum for a practice led PhD on the life and work of Daphne Oram: electronic music pioneer, and founder member of the BBC Radiophonic Workshop.

His music has been described as 'ritualistic post techno' and takes influence from sources as diverse as minimalism, rave, polyrhythmic drumchoir music, industrial noise,  and early electronic music technologies. His music is always live and always improvised.