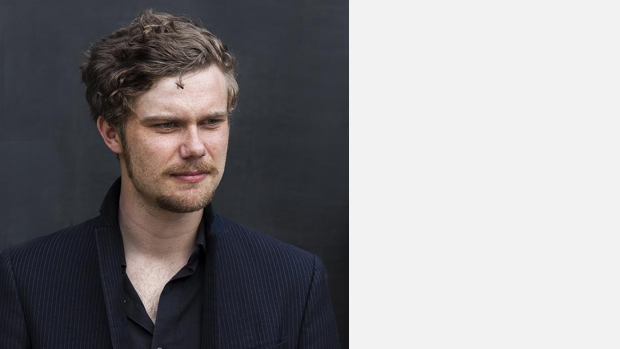 Tom Coult (b. London, 1988) has studied at the University of Manchester with Camden Reeves and Philip Grange and at King’s College London with George Benjamin, and his work has already been championed by many of the UK’s major orchestras and ensembles. 2015 has seen two significant premieres: Beautiful Caged Thing was commissioned by the Aldeburgh Festival and premiered by soprano Claire Booth and the Mahler Chamber Orchestra, while My Curves are not Mad was commissioned by Britten Sinfonia and performed on tour in March. His commissions for 2016 include pieces for the London Sinfonietta and the BBC Philharmonic Orchestra.

A frequent thematic preoccupation is an interest in the fantastical – his Codex (Homage to Serafini) (premiered by the BBC Symphony Orchestra as the culmination of a year-long Sound and Music Embedded residency in 2013) draws inspiration from the imaginary encyclopaedia of Luigi Serafini, whilst his Enmîmés sont les gougebosqueux (performed by seven different ensembles since its 2012 premiere) takes its title from Frank L. Warrin’s version of Lewis Caroll’s Jabberwocky (translating made-up English into made-up French).

Other significant pieces include Four Perpetual Motions (written for members of the Philharmoniain 2013 after Tom was awarded the Royal Philharmonic Society Prize), Antic Rounds for 17 players (commissioned by the 2014 Bangor New Music Festival and premiered by Orchestra of the Swan), and the ongoing set of Études for solo violin, the latest of which were commissioned by the London Sinfonietta for principal violinist Jonathan Morton. In October 2014 he was a featured composer at the ‘Soundings’ festival curated by the Fidelio Trio’s Mary Dullea at the Austrian Cultural Forum London, and has also written on the work of Pierre Boulez for the Tempo journal and for the exhibition book of ‘Exposition: Pierre Boulez’ at the Philharmonie de Paris.

Tom’s compositions are published exclusively by Faber Music – for music hire, purchase or to enquire about a commission, please contact promotion@fabermusic.com