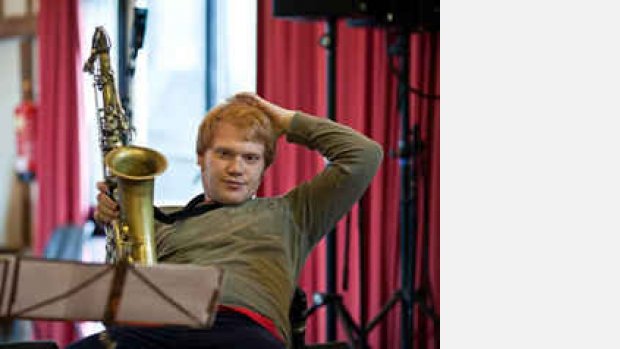 Challenger leads Brass Mask, which performs music inspired by traditional street-music and collective improvisation. He also plays with Kit Downes in a church organ and saxophone duo; is a member of Dice Factory, a jazz quartet exploring alternative methods of composition, releasing their debut album in 2012 to critical acclaim; and Ma, an electro-improv outfit who have released three albums to-date.

Tom Challenger and Kit Downes released ‘Vyamanikal’ in 2016, recorded at five Suffolk churches during a 2015 Aldeburgh Music residency. The music explores the acoustics of six organs and their surrounding environment.

Kit and Tom have performed together at the Royal Festival Hall, Café OTO, The London Contemporary Music Festival, Cologne Philharmonie and Swaledale Music Festival, and have been broadcast live on the BBC.