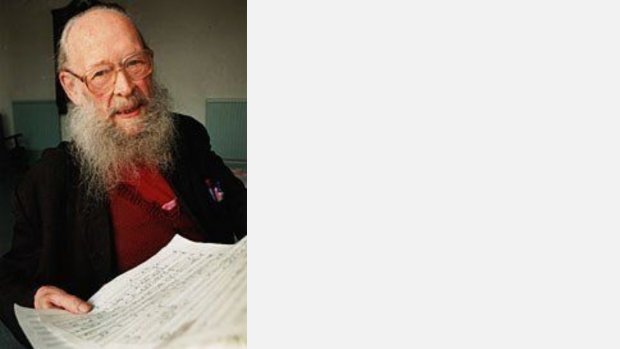 Timothy Moore was a musician, composer, teacher, pianist and director of music at Dartington Hall School, Devon, from 1950 to 1982.

Born in Cambridge as the second son of the philosopher GE Moore, he was educated at the Dragon School, Oxford, and then at Dartington Hall School. Here, he started to compose and discovered jazz, which went on to become his lifelong interest. He won a scholarship to Trinity College, Cambridge and, despite an interruption by wartime service as a conscientious objector, gained a double first in philosophy and music from Trinity College, Cambridge.

He spent a year as a composition scholar at the Royal College of Music under Herbert Howells and Edmund Rubbra, and worked as a jazz pianist, including a stint in Humphrey Lyttleton's band. After the RCM, he studied privately with Michael Tippett, then Morley College's music director, and this led to some evening class teaching there. His compositions began to be published, among them three two-part inventions for piano and a suite in G for recorder trio.

In 1950 Moore returned to Dartington Hall School as director of music. He became a devoted and inspirational teacher, whether conducting the school choir, leading the jazz band or imparting the intricacies of 16th-century counterpoint. At Dartington, he wrote much music for children, including several musicals in collaboration with David Gribble with whom he also wrote a cantata, The Scrapyard.

A renewed contact with a Russian-born schoolfriend Diana Miller, led to his organising visits to Britain for the Soviet Composers Union and for pupils from the Gnesin Music School (among them the young Yevgeny Kissin). This resulted in the re-establishment of relations between the Composers Union and the British Composers Guild after an interval of some 30 years. It also led to many performances and broadcasts of Moore's music in the Soviet Union and widespread recognition there.

His style of composition was individual and difficult to pigeonhole, owing something to Hindemith, the English madrigalists and Bach, as well as to jazz. His compositions covered choral, vocal, orchestral and instrumental work, some of the latter including unusual combinations such as vibraphone, oboe, horn and piano.

He was a much-loved, if eccentric personality: retiring, unworldly and hopelessly impractical. Nothing could shake him from his normal routine: "I can't possibly see you at 5.30, I'm having my bath."

His bushy beard reminded one of Brahms or a Russian Orthodox priest, and his style of dress could at times be startling. His workroom was littered with papers, and he carried economy to extremes by covering every inch of paper with minute hieroglyphics. He could be good company, kind and generous and blessed with a child-like innocence and sense of fun.