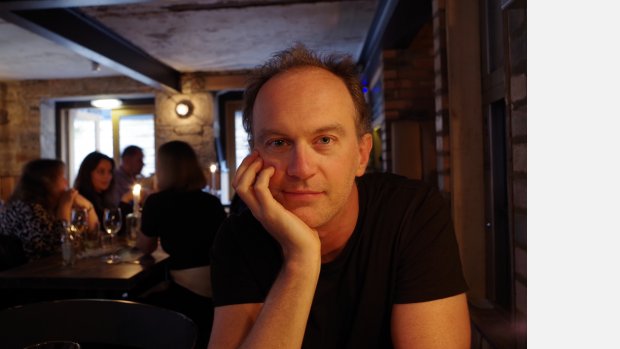 Tim Parkinson (b.1973) has consistently pursued an independent path, seeking to engage with whatever it means today to be a functioning composer in the world. His music has been labelled as experimental, "reconstructing music from the ground up", and "sounding like nothing else", the work invariably returning to fundamental enquiries around the meaning of sound. He has been associated with other British independent voices of the same generation, such as Bailie, Harrison, Newland, Saunders, Whitty.

His music is mostly performed by a dedicated community of friends and musicians, but he has also written for various groups and ensembles including Plus Minus, Apartment House, [rout], Incidental Music, Dedalus, Edges, Basel Sinfonietta, London Sinfonietta; and for various instrumentalists including Stephen Altoft, Angharad Davies, Rhodri Davies, Julia Eckhardt, Tanja Masanti, Andrew Sparling, Craig Shepard, Silvia Tarozzi, Philip Thomas, Stefan Thut, Deborah Walker. His music has been performed in UK, Europe, USA, Armenia, Australia, New Zealand and Japan. Broadcasts of music have been on BBC Radio 3, Resonance FM, WDR Köln, and Schweizer Radio SRF2. Two albums of music have been released on Edition Wandelweiser (2006, 2010), and in 2019 Piano Music 2015-16 was released on all that dust, and the electro-opera Pleasure Island was released on Slip as vinyl and download, followed in 2020 by Here Comes A Monster  released on Takuroku.

Time With People, an opera, (2012-13) has received performances in London and Huddersfield (2014-15 by Edges), Los Angeles (2015 by Southland Ensemble); Chicago, Oberlin, Ohio and Beloit (2017 by a.pe.ri.od.ic, with set design by Parsons & Charlesworth); Cardiff (2016 by Good News From The Future); New York (2017 by Object Collection); Ghent (2018 by G.A.M.E.); La Chaux-de-Fonds (2018 French language version, translated by Louis d'Heudieres, performed by Nouvel Ensemble Contemporain); Helsinki (2019 multilingual version, at Tulkinnanvaraista); Basel (2020 in French as above, performed again by NEC).

In 2018 he was appointed a Creative Fellowship at the Samuel Beckett Research Centre, which led to string quartet 2019 in which during the performance the musicians are enclosed within a large box.

He has organised many public concerts to promote the presence, wealth and variety of present day music exploration, one thread of which is the concert series, Music We'd Like to Hear, co-curated with John Lely and Markus Trunk annually in London since 2005.

In 2011 he was visiting Professor of Composition at Brno Academy. He has also given lectures at Guildhall School of Music and Drama, Oxford Brookes, Ostrava New Music Days, Huddersfield University, Bath Spa University and Snape Maltings, as well as teaching at Ashmole Academy and Primary School.

'I like clear and direct thoughts or images, presented individually, one after another, each one a self-contained centre. I like the music to move and change by itself, like the weather. I like the poetry of the limitless everyday, and the quality of "anything", contained within a frame of time. ' Tim Parkinson

"There are a couple of English composers I know, there are two, I am sure there are more, three including a German who has been here a long time; Tim Parkinson, James Saunders and Markus Trunk are working in directions that I find attractive. (...) There is also an independence and freshness to what they are doing, and an independence from the standard 'new music' norm. Christian Wolff in London: In Conversation with David Ryan and Anton Lukoszevieze at the Conway Hall, London, 16 October 2006 (British Library)​

"Philip Thomas' sublime recording of Tim Parkinson's piano music recently released on Edition Wandelweiser will soothe the most fevered of brows. Formed of two extended works for solo piano - piano piece 2006 and piano piece 2007 – this is very precise, intelligent and simply beautiful music performed by Thomas at the absolute top of his game." Graham McKenzie, The Sampler 15 July 2010​​