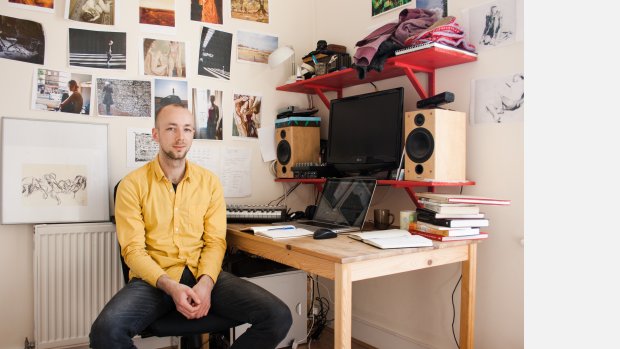 Tim Murray-Browne is an artist, coder and researcher based in London. Having recently completed a ten month residency through Sound and Music at London's Music Hackspace, Murray-Browne works primarily with interactive installation and performance pieces that investigate themes of discovery, self-expression and how these relate through action, movement and sound. Drawing on technology, dance and the psychology of human-computer interaction, he creates interactive works that rely on minimal instruction, highlighting how physical and social interactions inform our understanding of who we are, our place within the environment and our relationships with each other.

Murray-Browne graduated from the University of Oxford in 2008 with a first class degree in Maths and Computer Science. In 2012, he completed his PhD on Interactive Music at the Centre for Digital Music, Queen Mary University of London, researching the roles of exploration, discovery and individual freedom in creating immersive and captivating interactive sound installations. He has since collaborated with a range of artists and organisations including Sound and Music, the Music Hackspace and the arts/tech studio Seeper.

His work includes the interactive sound installation The Cave of Sounds, an exploration into collective music-making and the organic emergence of musical ensemble within the experimental music-tech scene, IMPOSSIBLE ALONE, an immersive soundscape that may be discovered only through the synchronised movement of two individuals, and the Serendiptichord, a wearable musical instrument for dancers created with the artist Di Mainstone. It has been shown around the world at venues including The Barbican, The Victoria and Albert Museum, Berkeley Art Museum, Kinetica Art Fair and The Swedish National Touring Theatre.

The Cave of Sounds programme notes

The Cave of Sounds (project documentation) 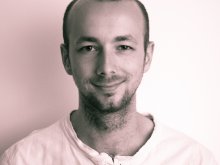