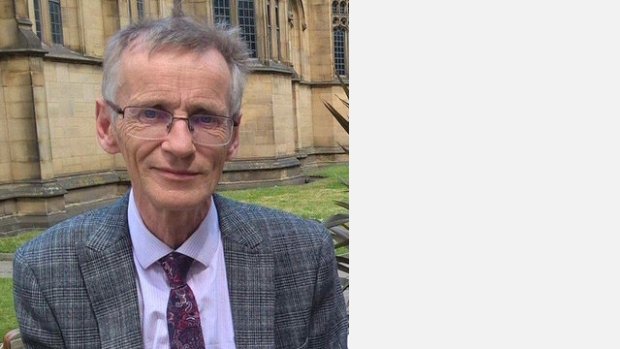 Tim's first love is composing and creating new music and whatever text, story, picture or request he is presented with he delights in the challenge of creating melodic and appealing music that will delight both performers in performing it and listeners in listening to it. He has written for choirs, instrumentalists, orchestras and non-musicians, which have included a Flute and Piano Suite, a Flute Choir Suite, Wedding Anthems, Christmas Carols, pieces for Birthdays, Anniversaries and Retirements, Choral Works and large-scale works for Organ.​

Tim’s portfolio of music ranges from small beginner pieces for woodwind ensembles to large-scale choral and orchestral works, but by far the largest part of Tim's output is choral music and he has a special interest in music for the smaller choir which has led to the creation of a hugely successful Accessible Choral Library imprint for these works which also includes other composers in the series.​

His work has been performed in concert halls, (indeed, for the opening of the new concert hall in Lieden, Holland) schools and Cathedrals within the UK, Europe and America. He has undertaken a "Composer in Residence" visit to Clarke University Dubuque in Iowa for the premiere of his Requiem Aeternam (several movements can be heard on our Youtube Channel and an extract is currently being recorded by Ablaze Records in America for their next CD release in 2020) and also at the Royal Canadian College of Organists Conference in Prince Edward Island, which inspired Tim to write 'Miramichi Dawn' for String Orchestra. 2018 saw a premiere performance of an organ tone poem, 'Atlantic Rhapsody', (a commission piece written to chart a journey across the Atlantic).

Tim takes a keen interest in the next generation of (or indeed any) budding composers and offers composition courses and mentoring services to pass on his wealth of knowledge and experience in the hope of inspiring new talent to be discovered.​

Tim’s music is published in the UK by Tim Knight Music and distributed by the Highlands-based music hub Spartan Press. Other publishers of Tim's music are Animus Music, Forton Music and Corda Music Publications in the UK; Paraclete Press and CanticaNova in the USA; PH Publishing in Germany and Orpheus Music in Australia.