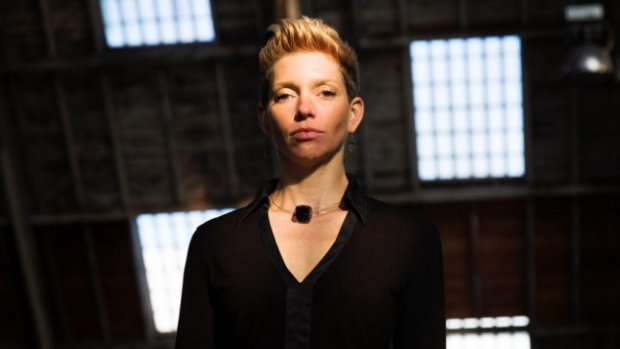 Tansy Davies studied at the Guildhall School of Music & Drama and Royal Holloway. Her work has found an accommodation between the worlds of the avant-garde and experimental rock, between - in the words of one critic - Xenakis and Prince. neon (2004) has become for many Davies’s signature work, with its gritty, sleazy sounds and pounding rhythms.  The recipient of a 2009 Paul Hamelin Award, Davies has been commissioned by numerous world class ensembles and orchestras, including the London Sinfonietta, the CBSO Youth Orchestra, the City of London Sinfonia, BIT 20, BCMG, and a large-scale work for the BBC Symphony Orchestra,Wild Card, for the Proms in 2010. In 2011 Davies’s Christmas Eve, was performed at the Festival of Nine Lessons and Carols in King's College Cambridge and broadcast worldwide. 2012 saw the premiere of Davies’s piano concerto, Nature, by Huw Watkins and the BCMG under Oliver Knussen, and the release of her second commercial CD, spine, on the NMC label.  Davies’s first opera, Between Worlds, was premiered by English National Opera in 2015. Listed in the Evening Standard's Progress 1000 of the UK's most influential people of 2015, Davies’s current projects include a large-scale work for symphony orchestra.

A number of Tansy Davies' works are published by Faber

'With Davies, contemporary music never lives in an airtight box. It's out on the street, friendly-aggressive, mingling with rock without ever losing the poise that stems from the right number of notes in the right place.'

'...a brilliantly imaginative new ensemble work, Inside Out ii. The piece is based on a transformation of a musical line from one of Bach's two-part inventions, and the result is a superimposition of two kinds of music. The strings and prepared piano create an infectious riff of spikey rhythms and percussive sounds, while the woodwind and horn play a sonorous chorale. Both layers begin to converge, in a chaotic conflict between instrumental timbre and melodic material. The piece generated an irresistible energy, at once playful and precipitous.'

'(in spine)... we were beguiled by yet another fascinating sound-world; a slow, twilit procession of bass flutes and clarinets, flecked by sinisterly beautiful highlights of cimbalom, harp and percussion.'

'kingpin, named after the only part of the Model T engine that Henry Ford supposedly found never wore out. Opening lurchings in the bass suggested Frankenstein's monster on the ballroom floor. But the rhythmic machinery never collapsed as the music wheeled around at conflicting speeds and instrumental colours, clanking, tootling and chortling away until the final upbeat “kerplunk”.'

'Tansy Davies's neon is.... lucidly structured with its frieze-like series of vivid musical events each generated by a different rhythmic figure or process.'