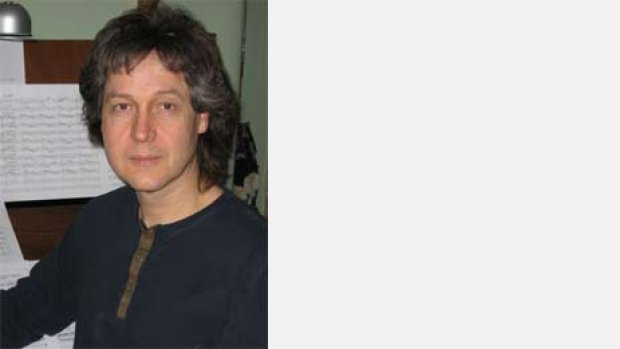 As a student at Kingston University (1976-79) Symon Clarke composed music for string orchestra, two string quartets and a large-scale orchestral work to a commission from the Stoneleigh Youth Orchestra.  He also won first prize in the Greater London Arts Association’s Young Composers Competition in 1981.  The success of these works led to further commissions and performances including works for Lontano, Divertimenti, the Elysian Wind Quintet, the London Gabrielli Brass (with Jane Manning and Mary King), a large solo piano work for Andrew Ball and a string quartet for the Brindisi String Quartet (which was also shortlisted by spnm).
In the 1990s, he began studying the Javanese Gamelan working with several performing ensembles as composer, conductor and performer.  He also taught composition for the gamelan in classes at the South Bank Centre in London.He has composed many innovative and successful pieces for these unique instruments attracting wide critical acclaim, including a song cycle (The Dissolving Tree) a piece for voice, ‘western’ flute and Javanese gadhon ensemble (Spirit’s Pilgrim), two pieces for the Dutch chromatic gamelan Ensemble Multifoon; Earth Songs for mezzo-soprano and clarinet and Echo’s Bones featuring violin and clarinet.
Recent compositional interests have involved a return to ‘western’ instruments and include Midnight Verses, for clarinet and marimba (Tara Bouman and Stephan Froleyks), Endgame for the percussion quartet Klangwerk Münster and the song cycle Time’s Eye, for soprano and three instruments, setting texts by Paul Celan and Samuel Beckett, which was premiered in the Beckett Centenary Festival in Dublin in April 2006.
His music has been played and broadcast in the UK, Ireland, Holland, Germany, France and Asia. He is an spnm shortlisted composer.