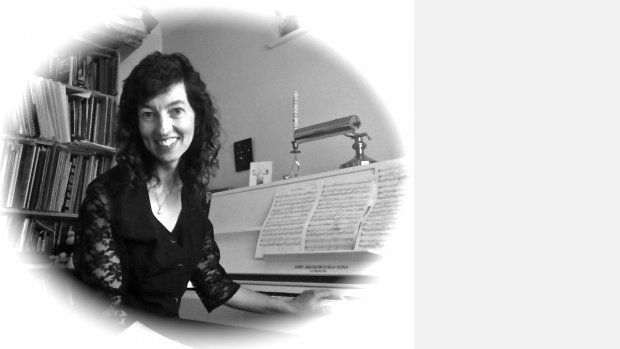 Suzanne began composing from an early age, improvising and making up music to pictures, before learning to read music. She began “formal” piano lessons at the age of seven, taught by her mother for the first year. From 1986 -1990 she studied composition with Michael Regan and piano with Raphael Terroni at the London College of Music, and went on to further study composition with Paul Patterson.

Suzanne composes extensively for the piano. Performances of her piano music include London venues, as well as performances in other counties and those close to the composer’s home. Suzanne’s other passion is writing for the voice, in all its forms: with orchestra, a capella choral music, and solo works, many of which have received performances.

“One of my joys is also improvisation”….. Suzanne began improvising as a  child, making up music to pictures and made-up stories, and classical improvisation is still something she does extensively today, many of which inspire new piano compositions. She has also undertaken improvisations (up to several hours long) to raise funds for various charities, and some of her improvisations are recorded “on the spot” and feature on Spotify albums and on Youtube.

Suzanne also writes poetry, again, something done from childhood, taking inspiration from nature and human emotion and it can be viewed on her Instagram poetry account.

More recently, Suzanne has combined her love of poetry writing with her music and photography to produce videos (“Throughout the English Seasons” being one such series of twelve) available on Youtube.

“What inspires me?” Suzanne gains inspiration from nature, human emotion, and also writes much sacred music.

She has been teaching the piano for over thirty years,  and loves encouraging all pupils to compose.

She is a member of the British Academy of Composers and Songwriters, and the European Piano Teachers’ Association….. and is passionate about passing on her love of music…

Flights of fantasy! where the soul flies free

From the daily toil, escaping, drowning,

And allowing to be drowned in harmony;

Seas of ecstasy on which we fly:

Where we sing a song of heart

Along with that which imparts

Its very being across time itself:

O, giver of life and health

And rigours of life is returned,

As we travel both the unknown and the familiar path:

And we are bestowed an invisible kiss...

Non other, than music’s measure.... 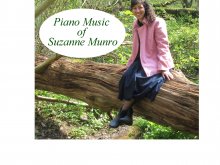