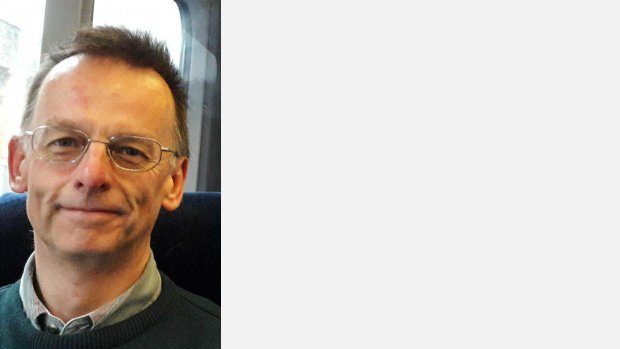 Steven Kings was born in Worcester in 1962. He studied composition with Robin Holloway and Hugh Wood at Cambridge University, and with George Nicholson and Alfred Nieman at the Guildhall School of Music and Drama. His compositions include Snapshots for flute, saxophone, 'cello, double bass and percussion, which won the Young Composers' Competition at the 1985 Huddersfield Contemporary Music Festival, and was performed there by Lontano conducted by Odaline de la Martinez. Several of his works were shortlisted by the SPNM, including Phantasy V for Clarinet (1984), Deviation-Norm for Horn (1986), Window Waiting for Tenor, Choir and String Quartet (1991), and Passion Games for viola (1999).

In 2002, “red land spring” was a prize winner in the Tong Piano Duet Competition, and was performed in Tokyo and London. His “haiku mass”, written for and performed by Bristol Choral Society, was shortlisted for a British Composer Award in 2003. Steven’s setting of the canticles in Greek, Songs of Mary and Simeon, was commissioned by the Worcester Cathedral Chamber Choir and was performed by them during the 2005 Three Choirs Festival. He has received a number of other commissions over the years, producing works for piano, clavichord, four horns, chamber ensemble, and brass with organ. “Care-Charming Spells” (for choir, organ, harp and percussion) was commissioned by Thornbury Choral Society and performed by them in 2013.

Steven has composed two substantial works for string quartet. The first, "After the dissonance..." (2005), takes its cue from Mozart's work with that nickname and subjects it to a radical recomposition. The second, String Quartet (2011), was premiered at Arnolfini by the Bristol Ensemble Quartet. Since 2006 Steven has been setting aphoristic texts from the Zen Calendar, an ongoing project which could occupy him for some time to come! 2010 saw the completion of "Zen May", with an intertwining double-model of Rachmaninov's All-Night Vigil and Britten's Ceremony of Carols. In 2013 the premiere took place of "September Zen", an eclectic cabaret-style setting for soprano and chamber choir. In 2016 the song-cycle “April Zen” for tenor and piano, another in the same series, was performed for the first time – together with “Prelude, Cumulation, Trio” for violin and piano, as well as a selection of “Fractions & Muscles” for piano solo.