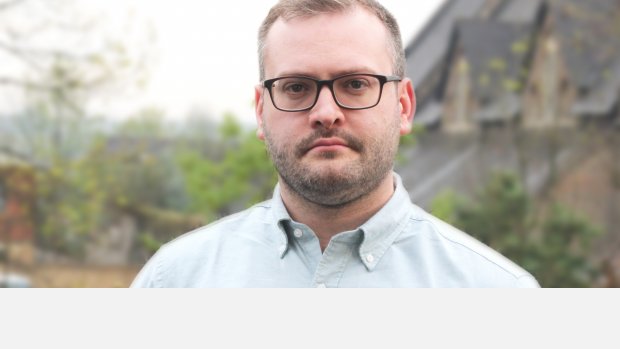 Steven Berryman is a composer and teacher based in London. He completed his PhD in Composition at Cardiff University (2011). After being awarded a first-class honours degree in Music and the John Morgan Lloyd Scholarship Award from Cardiff University his studies continued at Royal Holloway (London).

In 2004 Steven was awarded a MMus in Advanced Musical Studies and his composition teachers included Simon Holt and Philip Cashion. His PhD composition teachers have included Anthony Powers, Judith Weir and Arlene Sierra and he studied piano with Kenneth van Barthold, attending his Summer Workshop in Edinburgh 2011.

Much of Steven's music has been performed by his fellow students, and by professional visiting ensembles in workshops and concerts. Notable performances include a movement from his String Quartet by the Elysian Quartet (Dartington International Summer School, Advanced Composition Course with David Matthews in 2005) and more recently a commission by the South West Music School, "Wandered Mind" for nine players (October 2010). Steven's orchestral piece 'Cypher' (2010) was selected by the BBC National Orchestra of Wales for performance in their Welsh Composers Showcase and was performed by the orchestra on the 18th February 2011, conducted by Jan Van Steen at BBC Hoddinott Hall, Cardiff Bay. in 2011 North London Collegiate staged his musical theatre work Juniper Dreams - written with his colleague Deborah Gibbs - a work for a cast of over fifty girls. Opera Holland Park asked Steven to transcribe Donizetti for a dance performance, 'Dance Holland Park' in June 2012. Recent work has included music for Jamie Zubairi's one-man show 'Unbroken Line' (Ovalhouse December 2012) and 'Corpo: Lixa da Alma' (Cena Internacional Brasil, Rio de Janerio, June 2012). 'Versa est in Luctum' was performed in Washington, D.C. January 2013 as part of the New Voices @ CUA Festival.

As a tenor Steven has studied with Ian Caley since 2013. He attended the National Opera Studio Opera Intensive Course in 2014 (receiving coaching from Alex Ingram and Della Jones) and has performed in two operas with Oxford & Cambridge Musical Club (Prince Phillippe in Berkeley's A Dinner Engagement and Tamino in Mozart's The Magic Flute) and one with Harrow Opera (Ferrando in Mozart's Cosi). As a Fellow for the Teach Through Music programme (2014-15) Steven was coached by Mary King as part of an artist-collaboration.

Steven is very passionate about music education. He has taught since 2004 and will be Director of Music at City of London School for Girls from September 2015, having previously taught at the North London Collegiate School and the Junior Department of the Royal Academy of Music. Steven has attended a huge variety of courses to develop his practice (including Guildhall School of Music and Drama 'Connect' programme and Association of British Choral Directors Conducting Course). Previous projects include a partnership with QE Boys, Barnet and North London Collegiate School exploring Opera and in 2014 worked with Handel House to help produce a performance of Acis and Galatea at Cannons. Steven has examined and moderated for GCSE and A-level Music, and recently written contributions to forthcoming publications from Rhinegold Education and Ashgate Publishing (2016). For Keynote Educational Steven has lead courses on outstanding teaching and spoken at conferences for A-level Music students.

Steven is a Fellow of the Royal Society of Art.