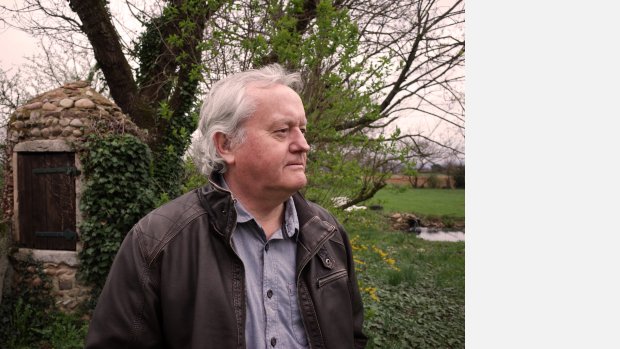 I have been writing music since I was about fifteen. Apart from violin lessons when I was young, I have had no formal training in music and as a result I have had, until recently, very few contacts with the musical establishment either in France where I have lived most of my adult life, or in England where I was born.

In 2009, thanks to my old friend the BBC producer Mike George, James MacMillan played my short orchestral piece “Hammering” with the BBC Philharmonic. At the age of 52, this was the first professional performance of any of my pieces, although some of these had been played by amateur forces.

In September 2013, some mock-ups and scores of my music reached the attention of Martin Anderson of the label Toccata Classics Martin also writes for a variety of publications, including The Independent, International Record Review, and Tempo in the U.K., Klassisk in Norway, and Finnish Music Quarterly. He described my Third and Fourth Symphonies as "some of the best orchestral music by a British composer in the last fifty years".

Thanks to Martin, my music is starting to attract interest. My Third Symphony and other orchestral works were recorded for Toccata Classics by Paul Mann and the Royal Liverpoool Philharmonic Orchestra in May 2017, and was Radio 3's disc of the week in October 2017. A CD of my chamber music will be released in December 2018.