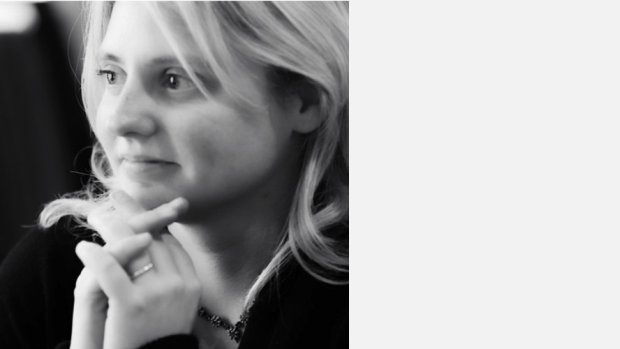 Sophie trained at the Royal College of Music and the Guildhall School of Music & Drama where she received the Adrian Cruft and Sullivan and Farrer prizes for composition. Her compositions have been performed at, among other places, the Royal Festival Hall, Wigmore Hall, St. Martin-in-the-Fields, the Warehouse Southbank, Spitalfields Festival, Brighton Festival, Cochrane Theatre West End with artists such as the Philharmonia, London Oriana Choir, Alberni String Quartet and Mezzo Soprano Sarah Walker. She has just finished a new work for piano for contemporary music specialist Jane Beament. Sophie is composer in association with Vagabonds Cinema in Holland and has recently begun composing and arranging theatre music for the UK theatre company No Loss Productions.

Sophie was awarded a Fellowship from Arts Council England in order to research her operatic work based on Jostein Gaarder’s novel Through a Glass Darkly. She was also selected for promotion by the Society for the Promotion of New Music (SPNM) who supported her music through concerts and funding over a period of three years. She has given interviews on Radio 3 and Classic FM.

Theatre credits include music for Aristophanes’ The Wasps at Watford Palace Theatre, incidental music for Merry Wives of Windsor - No Loss Productions open air theatre tour in Bedfordshire and All’s Well that Ends Well at the Barbican Studio Theatre. She has also composed and written numerous musicals for children which have been performed in London over the past six years.

Sophie is a versatile musician, composer, arranger and teacher. Her style is unique, but manages to encompass a number of genres, from concert music to music for theatre, cinema and popular song. Sophie is a distinguished teacher and has held posts as musical director in schools and churches in London. She also adjudicates at competitions. Sophie hopes to impart through whatever musical activity she is engaged in, a love of music, regardless of age or ability