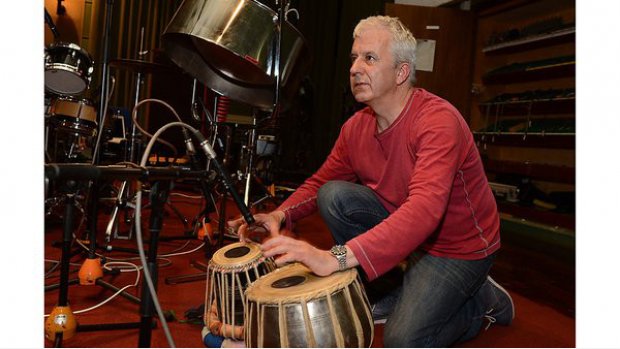 Simon Limbrick is a percussionist whose music embraces performance, composition and education.

Simon Limbrick performs all over the world with ensembles including the Nash Ensemble, Birmingham Contemporary Music Group, Endymion Ensemble, Composers’ Ensemble and Fibonacci Sequence as well as recording with artists such as Alabama3, Gavin Bryars, Pete Lockett and for Blue Note Records. Recently, he performed his own concerto Bulls Yard and Stockhausen’s Zyklus at The Sage Gateshead. His solo performances have been broadcast by the BBC, Italian radio RAI, Radio France, Dutch TV and radio.

Simon has led workshops throughout Europe since 1982, been a returning resident artist in festivals and organisations and taught community projects for Aldeburgh Music. As Artistic Director, he helped establish In Harmony Norwich, creating mixed-ability orchestral pieces for professional and young student players.

Simon gained an MA in Electroacoustic Composition from City University and collaborated as a composer on a number of large scale works, including a project at Fort Dunlop, Birmingham, with the choreographer Rosemary Lee, and site-specific work with Dutch composer/sound sculptor Harry de Wit in Holland and Brussels.

He created a 24 hour-long piece, surfaces, with the composer James Saunders which was premiered at the Huddersfield Contemporary Music Festival in 2011 and broadcast as a live web-stream.

His performances have been described as being imbued with formidable energy, technical agility, subtlety, confidence and versatility that exemplify Cage’s intention of drawing significance from insignificant sound.