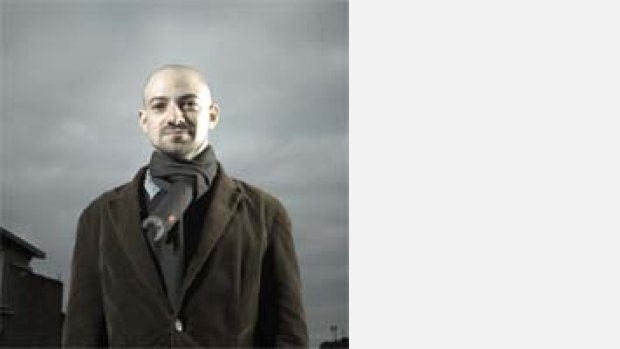 Simon Katan (b.1979) is a composer and improviser who lives and works in East London. He studied a BA in music at the Welsh College of Music and Drama (2001) and an Mmus in composition at Goldsmiths University (2005) where he gained a distinction. Simon is currently an SPNM shortlisted composer (2007-2010) for his solo piano composition Khepera. Simon works extensively with indeterminate, algorithmic  composition and uses his eleven-piece junk improvisation ensemble Halal Kebab Hut –algorithmic junkestra  as a performance vehicle (www.halalkebab.co.uk). The group has been performing since 2004; notable performances include, Sonic Expo - Plymouth 2007, Sonorities Festival - Belfast 2006 and Sonic Interactions - Goldsmiths 2005. They have also recorded and released two albums under Earth Monkey Productions. In traditional notation, Simon is specifically concerned with using self-constraint to generate new kinds of musical structures. He has written for a wide range of ensembles with public performances by Kate Ryder, David Appleton, Aleks Szram, Peter Land, and Mark Bowden. Simon was a member experimental improvisation trio, LRS from 2003 to 2005 (www.lrs-web.co.uk) and continues to improvise with guitar, found objects, and live electronics in collaborations with the Cardboard Citizens New Music Ensemble. Simon is a committed educationalist, running workshops and teaching guitar and composition in Tower Hamlets schools. He is currently an apprentice animateur for the Spitalfields festival. www.simonkatan.co.uk