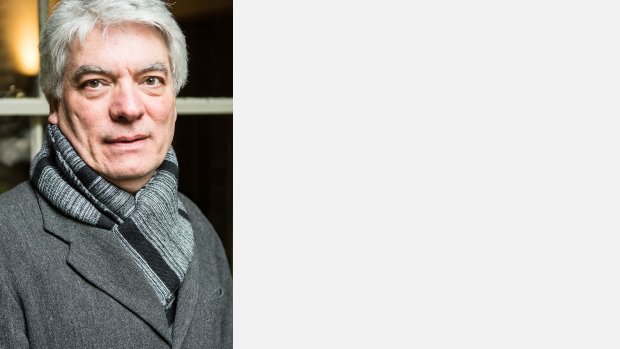 Simon Holt is a British composer.

As a young composer, he was commissioned to write ‘Kites’ for the London Sinfonietta (1983). Since then he has worked with the London Sinfonietta many times, writing pieces including ‘Ballad of the Black Sorrow’ (1988), ‘eco-pavan’ (1998), ‘Sueños’ (2006) and 'Fool is hurt' (2015). He invented the Blue Touch Project and suggested it to the Sinfonietta to put it into action to help young, unknown composers who may not be ready for the pressure of the limelight.

Holt also enjoys a close relationship with various BBC orchestras, beginning with his BBC Proms commission, ‘Syrensong’, written for the BBC Symphony Orchestra in 1987. Most recently, he was Composer in Association at the BBC National Orchestra of Wales, 2008 – 2014. He has written ten pieces for the Nash Ensemble of London, such as 'shadow realm' (1983), 'Canciones' (1986), Sparrow Night (1989), 'String sextet: the torturer's horse' (2009) and more recently, 'Cloud Shadow' (2020).

Recent works include ‘Surcos’ (2016), co-commissioned by the Berliner Philharmoniker and the City of Birmingham Symphony Orchestra. Then came a concerto for basset clarinet, ‘Joy Beast’,  responding to pictures by Cecil Collins and written for Mark Simpson. It was commissioned by the BBC as part of New Music Biennial 2017, a PRS for Music Foundation initiative presented in partnership with Hull UK City of Culture 2017, London’s Southbank Centre and BBC Radio 3.

Holt takes inspiration from a wide range of sources, drawing on the world of Greek mythology, art in all its forms and poets as diverse as Emily Dickinson, Antonio Machado, Federico Garcia Lorca and more recently, Rilke. He has also been known to base pieces on newspaper reports, such as the music theatre piece, 'Who put Bella in the Wych elm?'.