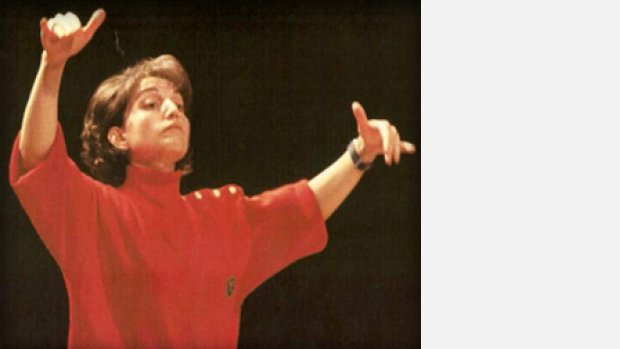 Born in Ankara Turkey, Sidika Özdil studied composition, conducting and paino with Nimet Karatekin at the Ankara State Conservatoire. After being awarded a state scholarship, she studied advanced composition with Paul Patterson and Hans Werner Henze at the Royal Academy of Music in London. Here, she became the first recipient of a Royal Diploma in composition. There she attended the seminars of Penderecki, Messiaen, Berio, Takemitsu and Xenakis. Sidika Özdil has won many prizes and scholarships for her compositions including a Leverhulme Fellowship. She also studied conducting with George Hurst, Colin Metters and Alan Hazeldine in England and in Italy with Carlo Mario Guillini on German Romantic Music.

In 1990, she was an Arts Producer for the BBC World Service. Meanwhile, her works were being performed and broadcast in many places including New York, Washington, Amsterdam, Frankfurt, Merlbourne, Tel Aviv, Malasia, Paris, London and Vienna where two of her works were chosen for prestigious Festival, Wien Modern. Her Harp piece, Aganta Burina Burinata is now part of National Curriculum at the Paris Conservatoire and it was recorded by the Dutch Harpist Godalieve Schrama. The Arts Council of Great Britain also awarded her for her Global Mass, which was premiered in Breda Festival.

In 1993, Ministry of Culture appointed Sidika Ozdil and her sister Inci Ozdil (Turkey's First Female Conductor) to establish a new orchestra in Turkey, the Antalya State Symphony Orchestra. There, both sisters became the first female and youngest persons to establish an orchestra. In 2001, her latest work "Facing Phaselis" was commissioned by the Royal Opera House, Covent Garden where it was premiered by the Royal Opera House Soloists as a part of their International Concert Series. In 2008, her Dances for String Quartet was performed as part of Melbourne Symphony Orchestra’s Chamber Concert series and it was broadcast live on SBS radio and ABC TV. Sıdıka Özdil is also one of the five founders of Orkestra@Modern (2003), which is specialised on Turkish composers’ pieces and contemporary music. Since 2013, she is teaching composition at the H.U. Ankara State Conservatoire.

Sıdıka Özdil is one of the founders of the ‘Association of Turkish Artists’ (ATA or TSB in Turkish) aiming to unite the artists of different disciplines (2014). Royal Academy of Music (in London, England) is awarded Sıdıka Özdil together with her sister İnci Özdil (Conductor) with ARAM which was given to the persons who have distinguished themselves in the music profession and made a significant contribution to it in their particular field. Their awards presented to them at the ceremony in the Duke’s Hall, on 11th May 2016. Two sisters became the first Turkish musicians who were honoured with ARAM.