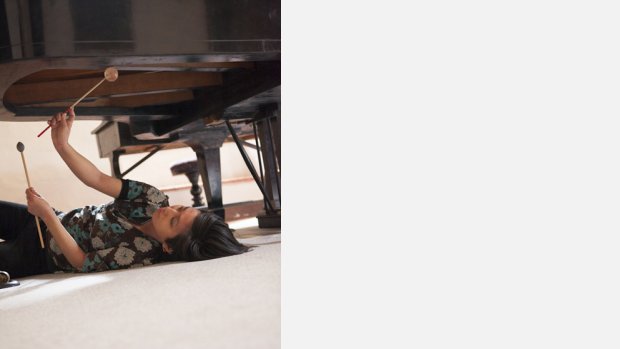 Originally from Japan, Shiori moved to UK at the age of seventeen. Described as a composer with “individual ears” (The Times), her works have been performed in Japan, Europe and USA by diverse range of soloists, ensembles and orchestras, including the performances by Rolf Hind and the Duke Quartet at the Wigmore Hall, London, by A Far Cry at Jordan Hall, Boston, USA and by Tokyo Philharmonic Orchestra conducted by Naoto Totsuka at Tokyo Opera City Concert Hall in Japan.

In 2012, her orchestra piece Warai received the Toru Takemitsu Composition Award (judge: Toshio Hosokawa) in Tokyo, Japan.
Shiori was also a recipient of the prestigious Civitella Ranieri Music Fellowship in conjunction with UNESCO-Aschberg Bursaries for Artists Programme, and worked as a composer in residence for BBC Scottish Symphony Orchestra and Cove Park from October 2010 until February 2011.

In 2013-2014, Shiori has been working as a Birmingham Contemporary Music Group/Sound and Music Apprentice-Composer-in-Residence, and as a Scottish Chamber Orchestra Connect Fellow funded by BBC Performing Arts Fund in the project Gauche the Cellist with the children with additional support needs through the combination of live music, sound design and shadow puppetry.

Shiori has produced works in radical instrumental music, and has worked with motion capturing sensors and biophysical musical instrument. Many of her compositions are inspired by the sound of human body, deep sea, and many other weirdly wonderful things in the world.

She enjoys playing in the improvisation in Edinburgh, UK and abroad as a “noise” vocalist and pianist. Shiori has performed with the musicians such as Arve Henriksen, Ilan Volkov, Gail Brand, Melinda Maxwell, Daniel Pioro and Sam Underwood, the groups such as Cato, MINES, Grey Area and Edimpro.

Review for In Digestion 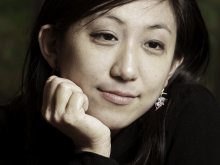