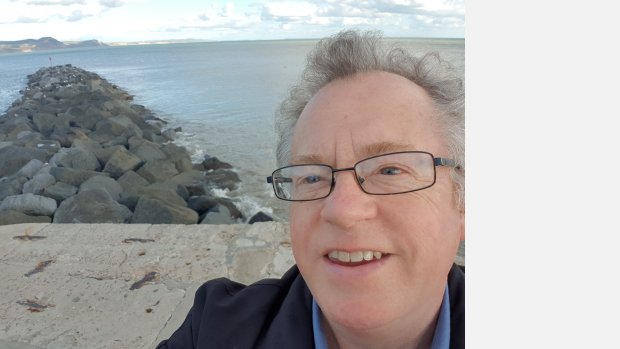 Sean Rourke was born in Bradford in 1960, though grew up in Norwich, Cambridge and Scarborough. His first serious musical experiences were as a chorister at Great Shelford Parish Church and as a piano student of Peter Britton.  Aged 12, whilst attending Sawston Village College, he won a scholarship to have advanced musical studies at the Cambridge College of Arts and Technology.

His first compositions were written as a student at Scarborough Sixth Form College, from where he went on to study music at Keele University.  Graduating in 1982 Sean joined the music publishing firm of Josef Weinberger as a promotions assistant, working with and on behalf of Malcolm Williamson’s and Paul Patterson’s music.  One of his tasks there was to compile the official thematic catalogue of Franz Lehar’s music.

Moving to Novello in 1985 he worked with Giles Easterbrook promoting a large catalogue of contemporary composers, including Richard Rodney Bennett, John McCabe, Judith Weir, Roger Marsh, Giles Swayne and Nicola LeFanu.  It was at this time that Sean began to compose a number of chamber works.  His first choral work, Guma, was premiered at the Cornhill Festival of Music in 1985 and his horn quartet, Berberis Darwinii, was broadcast on Radio 3 by the Michael Thompson Horn Quartet. Bede’s Death Song, for unaccompanied choir, has been performed by the Latvian Radio Choir and I Fagiolini (who have also recorded it).

Sean is an authority on the music of Gyorgy Ligeti, studying the early orchestral works for his MPhil at Royal Holloway College.  He gave the key analysis lecture at the Royal Academy of Music’s Ligeti Festival, in the presence of the composer.