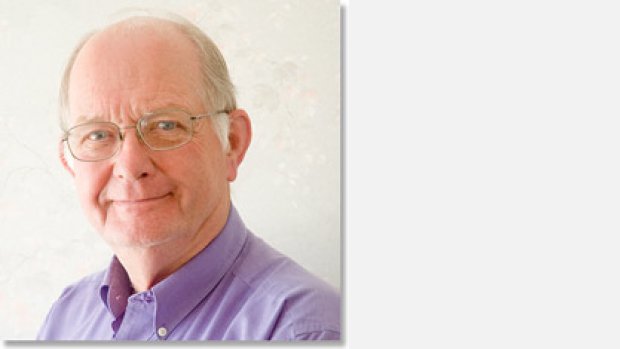 He grew up in West London and began learning the piano at age 13. His teacher felt he should take it up professionally but this did not happen. Neither did an opportunity to play on the radio – school exams got in the way.

After a passing acquaintance with the Spanish guitar Scott subsequently studied composition as a day student at Trinity College of Music London. The college awarded him a Fellowship in 1980. At that time he was described as displaying considerable talent with a real power of musical and dramatic expression.

Scott’s work has been heard at The Albert Hall, the Purcell Room, St. John’s Smith Sq., Fairfield Halls and Westminster Central Hall. Two pieces for trumpet and piano were recorded in Italy in 2001 and 2002. There is also a jazz based album of gospel items, Good News Good Music.

Scott’s work is wide ranging. He has written a mass for Canterbury Cathedral and big band jazz items as well as songs, chamber items, choral pieces and works for orchestra.

In 1987 he founded the St.Andrew’s music festival in Shepperton, Middlesex, U.K,  home of the famous film studios and for several directed the St. Andrew’s Singers who won several awards for choral singing.