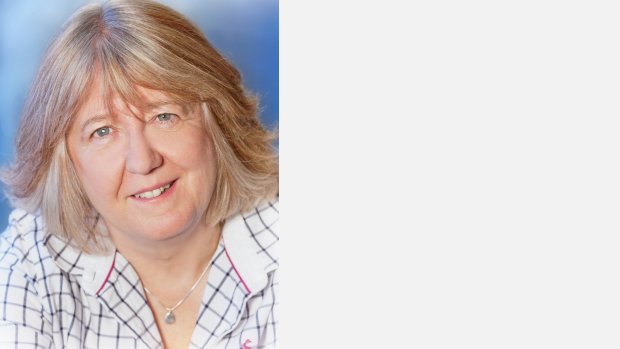 SARAH RODGERS has been composing professionally since 1982. Her output is mainly concert music but she has also worked in the theatre and occasionally for film.

She has been commissioned by organisations such as the Eastern Orchestral Board (now known as Orchestras Now), the Arts Council of England and Regional Arts Boards; for performers such as the City of London Sinfonia, the London Handel Orchestra, the Choir of St George’s Chapel, Windsor, the Coull Quartet, Sounds Positive and Operest and for festivals such as the Nottingham Now Festival and the Ruskin Centenary Celebrations.

She was featured composer for the 30th anniversary concert of the Eastern Orchestral Board, composing a cross-cultural work for the City of London Sinfonia, which she also conducted. This commission can be found on the Orchestras Now timeline.

Her music has been performed across the UK, as well as in Belgium , Holland, Russia, the USA, China and Australia and New Zealand.

She is recorded on the SOMM label and published by OUP, Stainer&Bell, Recital Music and Impulse Edition. Her work has also been broadcast on BBC Radio 3 and Classic fm.

Recent commissions include premieres at St John’s Smith Square and The Warehouse, London, a commission for the Jackson’s Lane series: Music Past and Present, a new piece for Cantamus Girls’ Choir for their tour in China, a work for Stars in the North. and a commission for the Islington Choral Society premiered in 2008 and performed in subsequent seasons.

Sarah, who is a direct descendant of Henry Purcell, has played an active part in supporting composers over many years: as Chairman of the Composers Guild of Great Britain, as a Trustee of the British Music Information Centre, as a founding Director and Chairman of BASCA (British Academy of Songwriters, Composers & Authors), as well as being on the boards of the UK collecting societies, MCPS-PRS Alliance for 17 years.

In 2003, she was responsible for bringing into being the annual British Composer Awards, and led them for their first 11 consecutive years.

The Roaring Whirl: Sarah Rodgers and the exotic world of Kim