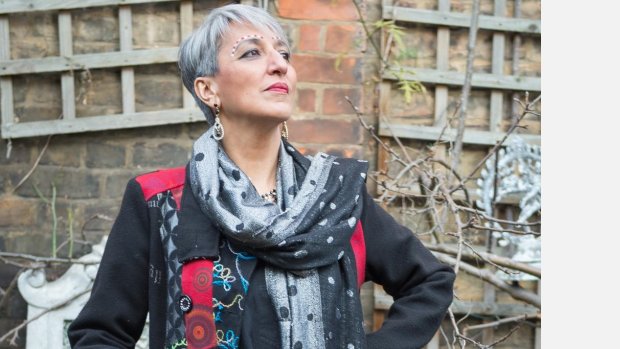 British Pakistani Samia writes and performs songs based on traditional Urdu Ghazal (a highly refined union of poetry with music) extending and subverting the form to explore contemporary issues around identity, race and gender. Samia is also a visual artist, mainly working in painting and video - her live shows are supported by projections of her original visual art.

'At last, a British Asian musician able not only to write songs and sing in Urdu and English, but to combine a powerful performance in English with an uncompromisingly South Asian sensibility, implicitly challenging the stereotypes which so often shape the way South Asians are represented.' Amrit Wilson Outline

‘For over 25 years Samia Malik has shown that music can be healing as well as entertaining. Azaadi: Freedom charts a compelling journey towards liberation through powerful Urdu and English songs, art and spoken word’  Sarah Albinali Eastern Eye