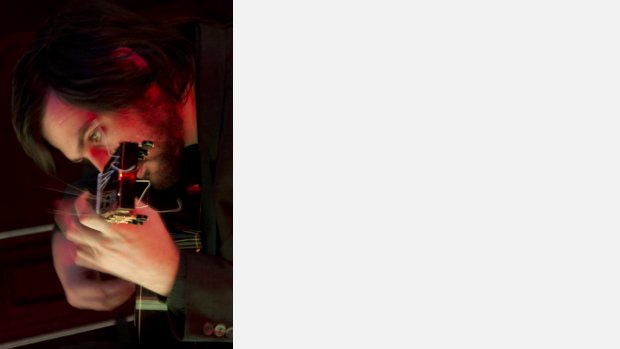 Sam Cave is an English composer who studied at the Royal College of Music in London, supported by The Countess of Munster Musical Trust. He has studied composition with, Michael Zev-Gordon, Michael Finnissy, and John Habron and performance with Gary Ryan, Chris Stell, Vincent Lindsey-Clark, Gilbert Biberian and Craig Ogden. He also graduated from the University of Southampton with a first class honours degree and the Edward Wood memorial prize in music.

His music searches for ‘flowing-stasis’, a concentrated quietness and an energy-less intensity. Its rhythms, harmonies and gestures aim to hint at an eternal ‘other world’ built purely of sound, and attempt to invite and reward close and concentrated listening.

Sam’s compositions have been performed around the UK in venues such as The Forge, The Pump Rooms, Royal College of Music, Turner Sims Concert Hall, Handel House and Swinburne Hall. His work has also been performed in Sweden, in Norway at the Norges musikkhøgskole, in Australia at the Sydney Conservatorium and in the USA at Arts Collinwood.